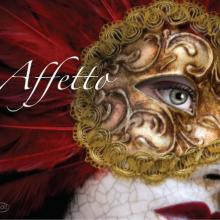 Soprano Jayne Tankersley has a wonderfully bright and controlled voice as she sings what are mostly harmonious items from the baroque "golden age" composers such as Monteverdi, Frescobaldi, Strazzi and others.

They produce a golden sound.

The programme is 18 tracks that are a mix of songs and instrumental music from Italy and Spain, with a final clever surprise: returning to

With the un-baroque time signature of 7/9 the piece illustrates a Maori proverb urging a person to seek the treasure most valued: "if you bow your head let it be to a lofty mountain".

In 70 minutes of fine music the group navigates through Renaissance and baroque centuries of music (some of it only sketchy scores) with admirable zest or tender feelings.