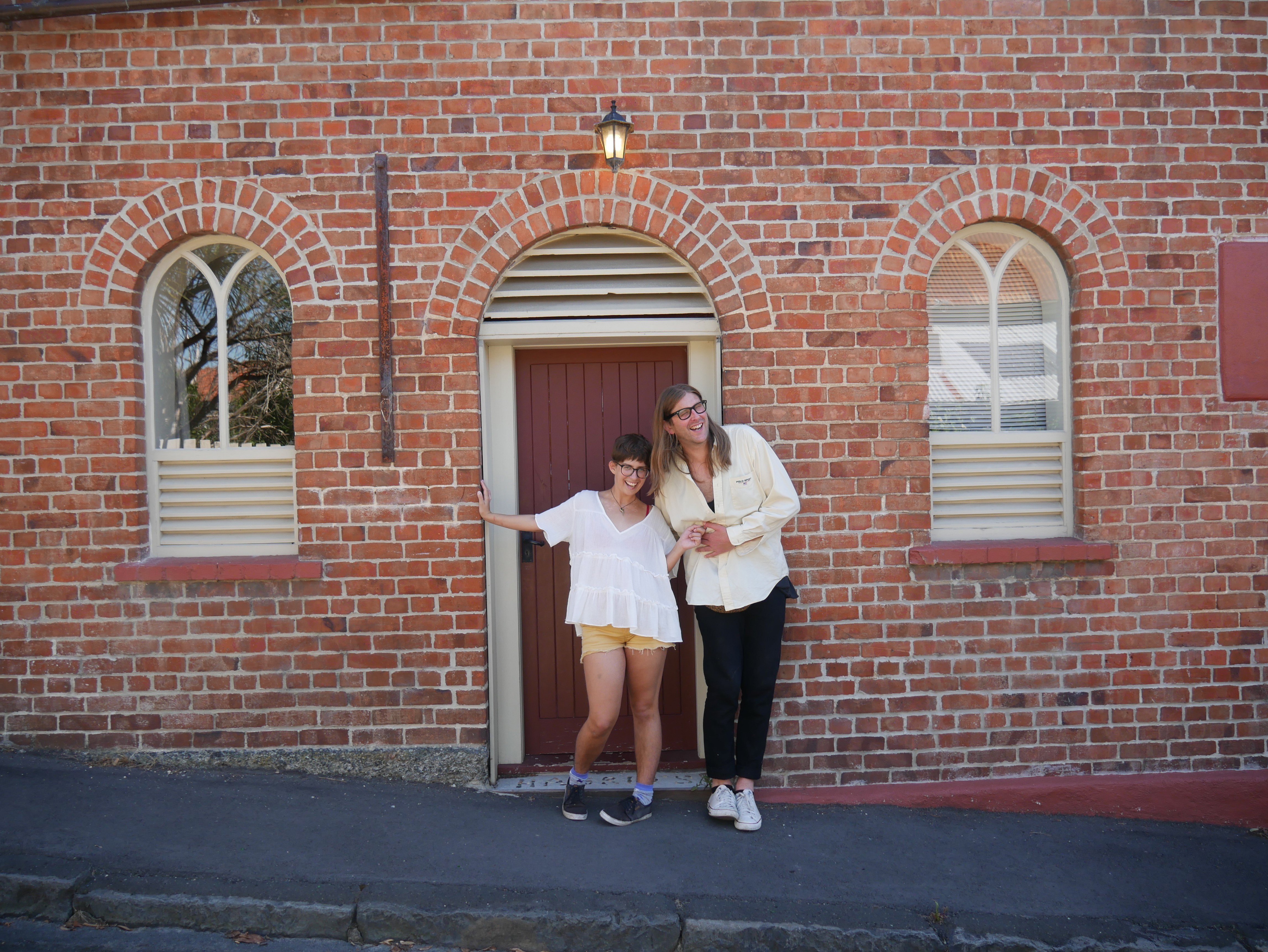 When I asked for a one-liner to sum up Jaggers x Lines, this is what I got: "Jaggers x Lines sounds like what happens when you put a pop-obsessed poet and a producer with the world’s biggest collection into a tiny room and let them get really weird together."

And that seems pretty spot on.

The pop-obsessed poet is Eliana Gray, who I talked to, and the producer is Morgan Smillie, a legend in the local DJ community who has produced and DJ’d as Ridge Jaggers since, well, ages ago. They have spent the past year or so periodically igniting dancefloors with a sort of trip-hop-esque alt-pop, most recently opening for Tash Sultana’s sold out show at the Dunedin Town Hall.

"I feel like we’re making pop music, but its coming out not as pop music," Eliana explained.

"Because Morgan’s background is in making MC beats and I’m like too into my traumatic feelings to make good pop music or something? I’m not sure. Does that make sense?"

It’s an odd combo, but somehow it makes sense. The beats are expertly crafted, and it’s great to hear instrumental hip-hop production back in the foreground, since it seems like recently it’s been unceremoniously relegated to being background music for YouTubers. Eliana’s vocal nestles in comfortably among the PCM drum samples and acid synths, not leading or following, but complementing.

Next on the agenda is releasing  Burn Cycle, their first full length album, which should be out sometime before October, although if you’re keen, they’ve already released five singles from it. Eliana describes it as being more like their live shows than their first EP, which was more downbeat.

"I think it was, like, once we got the EP out of our system we were like, let’s make some [music]  that people can party to so we can play all these live shows and have cranking dance floors. Because I think that’s always been the dream, to have a bunch of people just dancing their hearts out."

And in my experience that’s usually what happens. Eliana does a wonderful job of projecting positive vibes, which almost always get people on their feet, whether its 50 people at The Cook or 5000 people at the town hall, as was the case when they opened for Tash Sultana.

"It was amazing," she said.

"We both definitely feel like we smashed it, which is awesome.

"There were a lot of things which were just super-weird because it’s the biggest crowd that we’ve played, by like 4800 people at a conservative estimate.

"Everyone was dancing and the front couple of rows of people were just going full ham and people were yelling out and, man... It was so amazing."

Listen to their music at jaggersxlines.bandcamp.com or see them play at Dog With Two Tails on September 7.