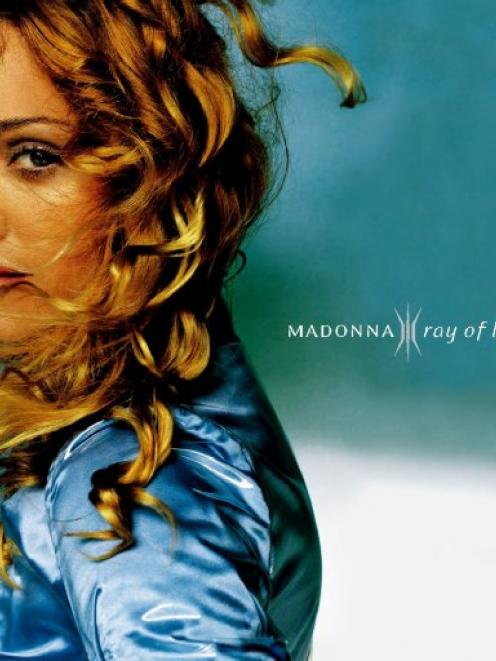 Madonna's 'Ray of Light'
After 15 years of piling provocation upon incitement, Madonna knew her next move needed to take her into very different territory.

With seventh studio album Ray Of Light (1998), the Material Girl abandoned kinkiness and controversy for the meditative qualities of yoga and a contemplation of her involvement in Kabbalah.

What might have resulted in another short dip of Madonna's bejewelled toes into the shallow end of the pool was avoided by the album's genuine grace, and by its expert navigation through another new world, that of electronica.

Madonna's choice of English producer William Orbit proved inspired, the pair achieving an audacious marriage of pop, trip-hop, drum and bass, trance, techno, and ambient music that few have pulled off with such warmth and naturalness.

The singing here is worlds apart from the thin, Minnie Mouse mewing of the mid-'80s. Emboldened and informed by the vocal training she undertook for her role in the film Evita (1996), Madonna finds a depth and range not previously explored and has never sounded better.

And although there's a hint of a plum in her careful enunciation, it can be forgiven in the context of these songs about search for a higher self.

This would all be for naught if the Queen of Dance Music had forsaken us.

For all that, it is two of the album's gentler tracks that shine. Eastern-influenced lead single Frozen, a ballad about emotional stasis, and its polar opposite Little Star, an uplifting letter to young daughter Lourdes, show Madonna to be maturing as an artist and mother.

There's no returning to the days of lace gloves and lingerie from here.