Dunedin acts The Mentalist Collective (above) and Moaz Stream (below) have been playing livestreams throughout the lockdown. Photos: Supplied
While the lockdown might be making it harder for local musicians to make a livelihood, it isn’t stopping them from practising their art.

"I usually perform in town roughly 3-4 nights a week, so to move to an everyday routine is a new challenge. I have to try and keep my performances fresh and new, not just for the audience but also for myself."

His livestreams are fairly low-key, just him and his phone on Facebook. It’s a very different scene to the (mostly drunk) audiences he typically performs for.

"When I play live, and these gigs pay for rent etc, I usually play to a late-night inebriated crowd that respond well to classic covers but usually give a mild response to originals. Maybe that is just my mindset though and I need to sell my originals better to the live crowd! 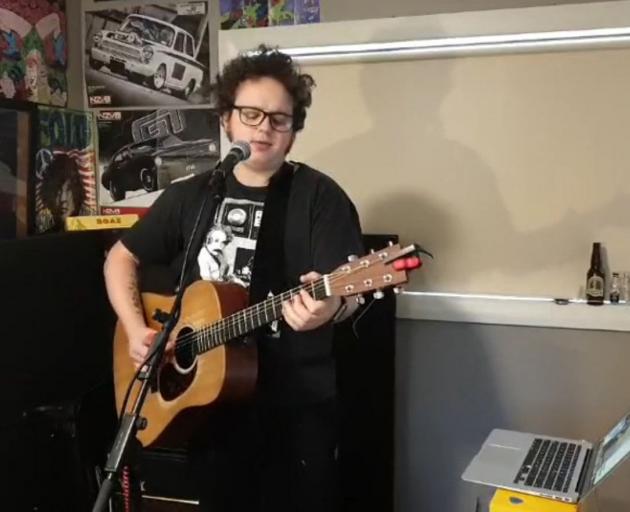 "On the live stream, I can just do my originals and obscure covers without having to actually see my crowd dwindle.

"I also like the fact that I can watch my live streams afterwards and review what I think I did well and what I need to work on. I've been playing live gigs for 2 years now and I haven't been able to record and review them, so it's nice to see what 2 years of playing looks live on a live stream." 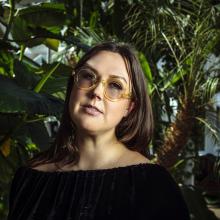 Nadia Reid was one of the Kiwi musicians set to perform at South by Southwest. Photo: Supplied/Alex Love
Brendan Christie, of local folk band Mentalist Collective, has also performed a couple of livestreams and more are planned.

"It's important to stay active in music, otherwise it's easy to let trivial things get in the way and this has a genuine impact on my mood. Music is something I need to function and stay positive.

"To us, it feels like a really intimate gig where we can have direct conversations with our listeners. The silence between songs takes a bit of getting used to though! The atmosphere certainly doesn't compare to a live gig.

"Online streaming will never replace a live performance, but they are fun to do and allow us to feel connected during this difficult time."

He’s also the guy behind the local Nook and Cranny music festival, which was due to take place in the Dunedin City Library in May. It’s understandably been cancelled, but he hopes to recreate some of the experience online.

"At the moment, I've been exploring different options for online streaming. There is a wealth of artists performing online at the moment, and it would be great if we can support them with the funding we received from the Dunedin City Council.

"I'm hoping to find a solution where we can broadcast a whole day's worth of music via our YouTube and Facebook channels."

In other streaming event news, on April 17 at 8pm Nadia Reid will be doing a Zoom concert to an exclusive cyber-crowd capped at 300. You can find the link and buy tickets (choose your price) at www.eventbrite.co.nz