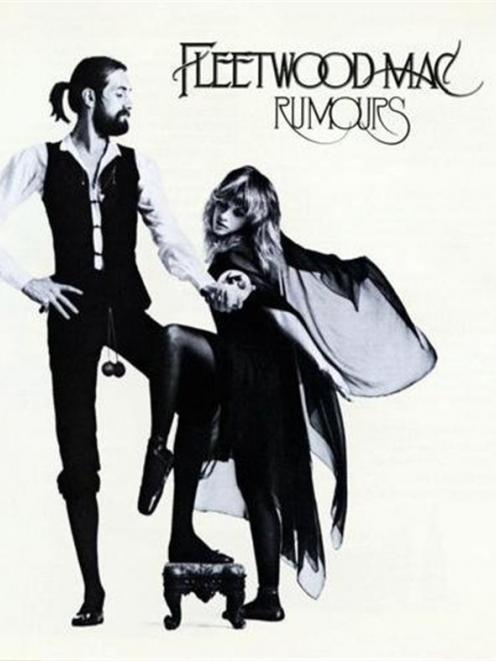 In the age of the single download, Jeff Harford rediscovers the album...

Throughout 1976, the five members of Fleetwood Mac each rode a wave of private turmoil for the greater good. Rancour, grief and splintering relationships just had to be worked around; breaking up the band was unthinkable.

Convening for the sessions that would produce chart-busting album Rumours (1977), the group was riding high professionally but on shaky ground personally.

The previous year the Fleetwood Mac album had hit No 1 on the United States charts, but with the marriage of singer-keyboardist Christine McVie and bassist John McVie now ended due to the latter's heavy drinking, drummer Mick Fleetwood reeling from his wife's affair with his best friend, and guitarist Lindsey Buckingham and singer Stevie Nicks fighting through the death throes of their fiery liaison, potential disaster loomed.

But the Mac beat the odds, harnessing the songwriting potential in the highly-charged atmosphere and stringing together a Grammy-winning slice of album-oriented rock that went on to dominate the playlist of every FM and AM pop music station in the Western world for a full year.

Heartfelt lyrics were the key, with Nicks, Buckingham and Christine McVie each taking a different philosophical approach to the dysfunction.

Nicks penned Dreams as a cautionary ode to Buckingham, urging him to take stock of what he had and was about to lose; Buckingham's riposte was the cynical Go Your Own Way, in which he trivialised the concerns of Nicks by proclaiming "shacking up is all you want to do".

McVie, meanwhile, had taken up with the band's lighting director and told him You Make Loving Fun, also writing Don't Stop in a surge of optimism that surely had to sting her unhappy ex.

Ironically, the album's mass appeal lay in the harmonies created by these three distinct voices, and in the warm and comfortable sound production. The rhythm section was strident, tribal and to the fore yet somehow blunted. Rumours' poisonous barbs and hooks were cleverly disguised.