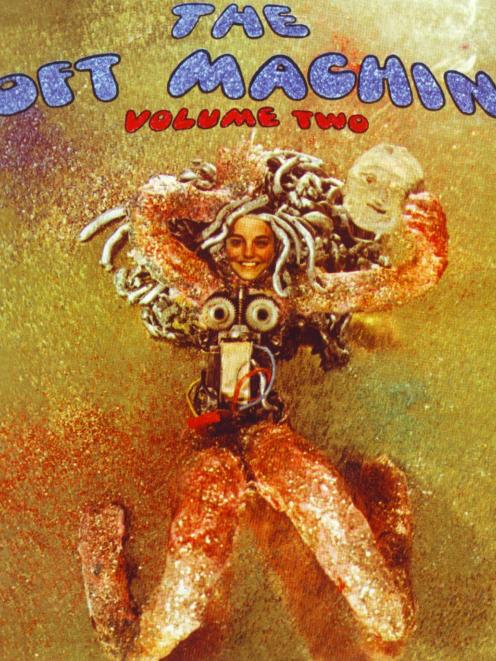 If any lyric sums up English rock band Soft Machine's mad spirit under the direction of drummer/vocalist Robert Wyatt, it is surely this from Hibou, Anemone and Bear: ''If something's not worth saying ... say it!''

The song is from Volume Two (1969), the band's second album, the first without founding member and bass player/writer/vocalist Kevin Ayers. It captures Wyatt's mischievous bent, a rule-breaking ethos that permeates an album he dominates through whimsically airy singing and intensely focused drumming.

The album is shot through with traces of the experimental nature of the so-called Canterbury scene, a very loose association of avant-garde, psychedelic rock, progressive rock and jazz artists that proliferated in the city in the late 1960s and early '70s but drew on a much wider pool of talent.

Capturing the band post-North American tour, post-departure of Ayers, post-hiatus (the band members having dispersed to follow separate projects), the recordings feature former road manager Hugh Hopper on fuzz-bass guitar and his brother Brian on saxophone. Together with Wyatt and multi-instrumentalist Mike Ratledge, they deliver wonderfully absurdist rock that is at once thrilling, absorbing, funky and a little bit daft.

Wyatt's chummy stream-of-consciousness musings on pastimes and pataphysics (yes!) are disarming enough but in the sections where he affectionately addresses his old mate Ayers in As Long As He Lies Perfectly Still, the juxtaposition of simply expressed sentiment with sweeping musical statements is genuinely moving.

So much happens in just 34 minutes, it's difficult to resist the impulse to spin the album again immediately, if only to confirm you heard what you think you heard. Easily grasped pop hooks are woven through masterfully inventive psych-rock and jazz-rock improvisations and sections of free noise in a never-a-dull-moment trip through new territory.

The band's self-titled first album (reissued as Volume One) and 1970 double-LP Third are equally worth a visit. With 1971's all-instrumental Fourth, the transition to jazz-fusion band was complete and Wyatt departed.