Music speaking for itself 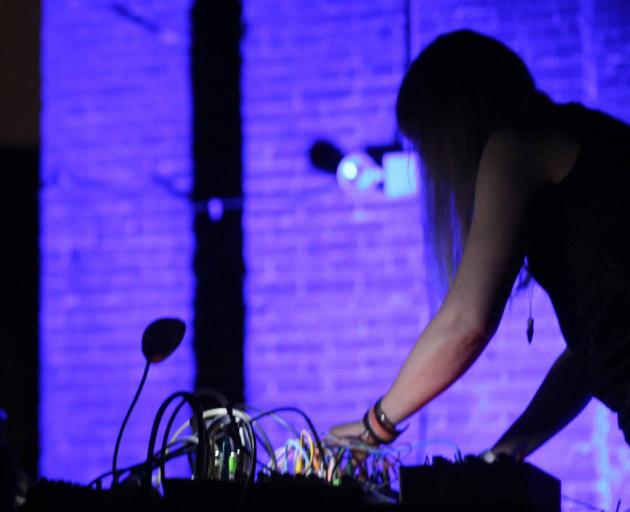 For those unfamiliar with Bassett, her musical legacy is hard to get a handle on. It is vast and wide, encompassing much of the underground noise/drone/experimental/whatever scene of the late 1990s through bands such as Double Leopards and Un.

With Double Leopards, she created music which was inharmoniously meditative, majorly psychedelic and mildly psychotic. They performed everywhere from living rooms to clubs (with bands like Sonic Youth) back in the day, and performed their final show at All Tomorrow’s Parties in 2006. Incidentally, local band The Dead C played ATP that year, too.

Later, she joined Matthew Bower to explore the harsher, noisier area of the sonic spectrum as Hototogisu. In 2005, she released her first full-length album as Zaimph, Sexual Infinity, on Dominick Fernow’s Hospital Productions label and has since released dozens more, the latest being Rhizomatic Gaze earlier this year. You can listen to it on Bandcamp.

The album feels like a broad exploration of every corner of her musical language. Sometimes it is falling down an expanding droning tunnel of noise, sometimes it’s wrapped in a warm blanket on a bed of broken glass.

When I called her she’d just ended a day of hiking through the sun/snow in Golden Bay. I tentatively asked her to describe the music she makes.

"I don’t describe my music, I play my music and people need to come out and see it," she says, laughing.

And it does. Why add another layer of abstraction? Improvised music is an expressive language, the palette of feelings available through sound dwarfs that of words. Anyone who has seen an experimental or noise performance knows how the mind can be taken to all sorts of places by an infinite combinations of frequency and amplitude.

Joining her tonight will be Peter Porteous and Jon Chapman, of EYE, and Michael Morley, of The Dead C,whose legacy crosses paths with Marcia’s in quite a few places.

"I’ve seen them in the US quite a few times, played at the ATP they were at," Bassett says, trailing off.

"Actually, my old band, Un, had a wee jam session with Michael Morley when he was over.

"It’s really good for me to connect with people that I know down here, and it’s also great if I can see some new New Zealand music as well that is experimental."

So, if you’re interested in experiencing something you have not experienced before and probably never will again, head down to Blue Oyster tonight.

"People should expect nothing, I’m not going to tell people what to expect. It’s about playing the music, and going somewhere inside of the music."