Pushing Play: Coming at you 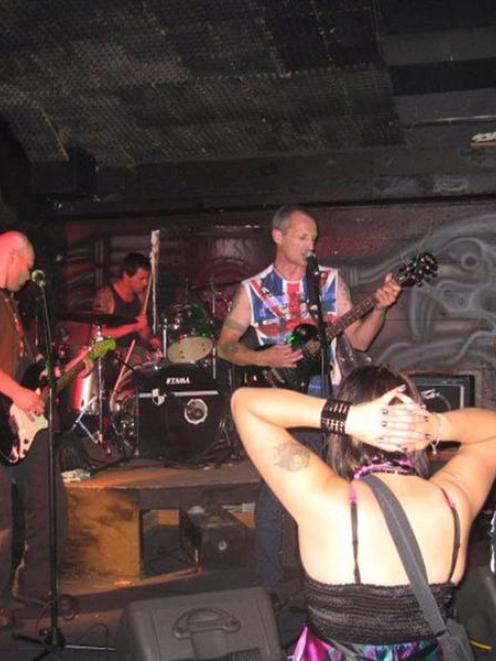 Infinite Justice, one of the bands from the Onslaught line-up. Photo supplied.
For those who like it hard fast and heavy, the seventh annual Onslaught gig is coming to the Starters Bar, Frederick St.

"The previous shows have been building in support and momentum, and I am confident this will be the best one yet," he says.

This year's Onslaught has a line-up of nine bands:

Suicide Bombers are another in the old-school punk or "oi!" vein. They have had a busy first year and are chiefly responsible for a punk rock revival in Invercargill.

Bazooka are described as "sludgy, stomping rock, with a general sense of malaise".

Death Throes are billed as an "incredibly overwhelming barrage of brutality" - sheer power as an art form, while Conniption are a long-time Dunedin act that have a dedicated support crew and have "held their own with bands all over the country, representing the South with aplomb".

Foe, according to the organisers, "just seem to get better and better and have a reputation for leaving listeners stunned in mute disbelief".

The final act in the line-up, Tsarcoma, are Waihola death-merchants who will round out the evening with a "juggernaut of ear-splitting ferocity" that is not for the faint-hearted. 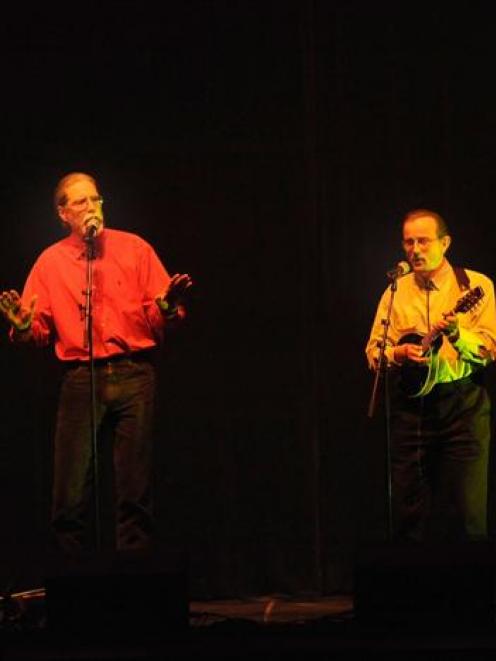 • Chap shtick
Dunedin band the Chaps have been following their own musical path for nearly 20 years, influenced by bluegrass, rock, jazz, swing, calypso and a variety of folk music. It is not your typical Dunedin sound.

They're best known to followers of folk and roots music, and have appeared at every major NZ folk festival, as well as festivals in Europe.

In recent years, the Chaps' concerts have become rare and precious - recently they've focused their energies on recording their third CD, which is called Don't Worry 'Bout Your Age.

Recorded at the University of Otago's Albany St Studio, and produced by John Egenes, the new album is a collection mainly of original songs with a few obscure gems by other writers.

• Oi, you
On November 3 the Dunedin Musician's Club will reverberate to some of the classiest old-school "oi!" punk when UK band The Business play.

The band, which formed in London in 1979, has gone through numerous line-ups and splits but is still led by vocalist Micky Fitz.

The band had one of its biggest hits with the single Harry May and courted controversy with another, Drinking and Driving. • Gibbston groove
Music festival EarthTonz will pitch its tent in the Gibbston Valley in time for New Year's Eve next year, in what is planned to be an annual event.

EarthTonz is a collaboration between a New Zealand and a US promoter, American promoter Dan Allen said in a statement this week.

The full line-up for the festival will be announced on Thursday. A total of 10,000 tickets will be available.

• Slice of the capital
Wellington band the Nudge embark on the Big Nudge Pie tour this August and September, playing Dunedin, Oamaru and Queenstown.

The band describes its sound as "many fingers in many pies", mixing blues and rock with other influences.