Pushing Play: No time for nostalgia 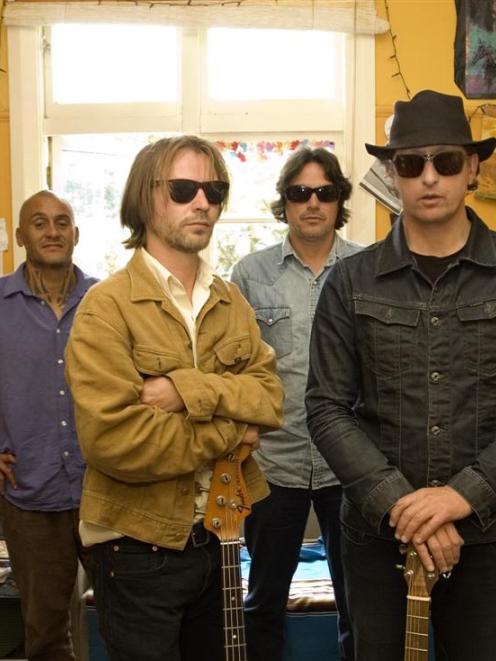 "Thirty-one in the NZ charts," he says.

The show will be "rock 'n' roll as opposed to singer-songwriter, plus Alistair Galbraith supporting," he says.

It's been a while since he last played at the Empire.

"We played there for the Scarfies movie imitating the Clean with Robbie Yeats, Bob Scott and Thomas Bell. Hamish couldn't make it. Funnily enough, it was the first gig I did with Tom, I think. Re the Empire - it's just another gig. I have no interest in nostalgia. I just don't like any other Dunedin venues very much."

He has a fairly busy dance card.

After a solo tour of the US, he plans to "lay back for a year or two and see what happens. [There's] still talk of a Heavy Eights LP backing Sam Hunt reciting, which could happen this year, all going well."

- David Kilgour and the Heavy Eights play at The Empire tonight.

The song list from Shayne Carter's new Last Train to Brockville CD is out, covering the period from Bored Games to Dimmer.

In Dunedin punk rock hasn't died; our city is a breeding ground, it seems, for disaffected youth who pick up guitars and begin yelling into microphones.

To celebrate New Zealand Music Month, Dunedin punk rockers Not For You! play alongside rock stalwarts Honeybone, the melodic punk stylings of Black Sky Hustler and punk-metal fusion trio Flower in one fast-paced night at Refuel on Thursday.

Andrew Oliver from Not For You! says "We are really looking forward to this show; we have been developing our live set and all the band are stoked to be playing on stage again.

"Honeybone are our buddies and are working on new material which we are really keen to see ... it's going to be a really great night of maximum Dunedin punk, rock and roll!"

- Not For You! Honeybone, Black Sky Hustler and Flower are live in concert at Refuel on Thursday, doors 9pm.

Proving New Zealand Music Month isn't just about blokes, Anna Coddington and Julia Deans are travelling the country. Unfortunately they're not coming to Dunedin, but could well be worth a trip to Oamaru.

They've been on "The Keepsakes Tour" since April 28, playing in some intimate venues.

Deans released her debut solo album Modern Fables in 2010 to critical acclaim, and was recently nominated for both the prestigious Silver Scroll Award and the Taite Music Prize.

Coddington is one of New Zealand's heroines of independent pop music, as is evident on her debut solo album The Lake and new release Cat and Bird. She's been quietly kicking around the music scene for some time, fronting casually released pop gems by her former bands Handsome Geoffrey and Duchess and performing with musical collective Fly My Pretties.

The pair are at the Penguin Club in Oamaru on Thursday before travelling to Gore and Invercargill.

Coddington says she is the reason they're not playing in Dunedin. "I just played there on my album release tour in March so the powers that be decided it was too soon to go back there."