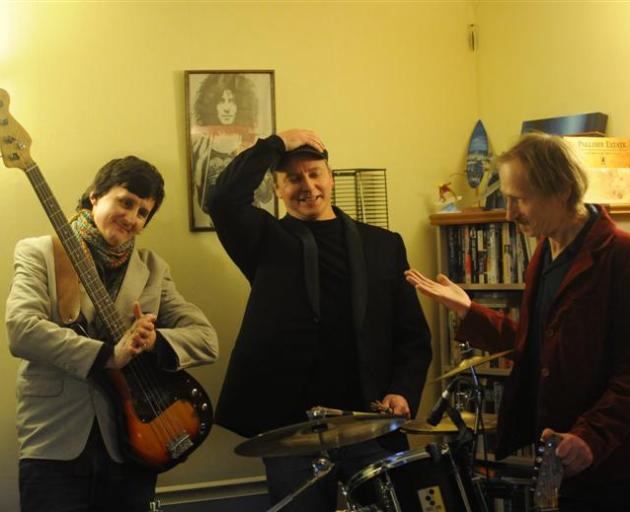 The Puddle. Photo by Peter McIntosh.

The Puddle came to fame, but did not find much in the way of fortune, in the 1980s, and frontman George Henderson and the band have been recording frequently over the past few years.

The band will hold a Dunedin release for latest album Playboys in the Bush on Friday July 8 at the Dunedin Musicians Club.

Former Puddle saxophonist Richard Steele funded the recording. Puddle drummer Ian Henderson says, "That was a real labour of love, resulting from ... the early '90s when he played saxophone for The Puddle." The album was recorded at Inca Studios in Wellington, by Mike Gibson.

Steele and former Dunedin musician Nils Olsen (Let's Get Naked) played saxophone on a couple of tracks, Henderson says. The album is coming out on CD and vinyl.

He's playing at The Crown Hotel with Alizarin Lizard tonight and at the Church on Dundas on June 25, with Martin Phillipps.

• First visit
R&B and gospel performer Brian McKnight will perform in New Zealand for the first time in his nearly 20-year career.

• Feeling their way
The Feelers' latest album Hope Nature Forgives, will be released on August 1. The nationwide album tour begins in Auckland on July 14 at the Howick Club, with special guest Annah Mac and her band.

The Feelers play in the South on August 3 at Revolver, in Queenstown; August 4 at the Waikiwi Tavern, Invercargill, and August 5 at Urban Factory, in Dunedin. Tickets from www.eventfinder.co.nz