A sweet sampler of jet-set glamour 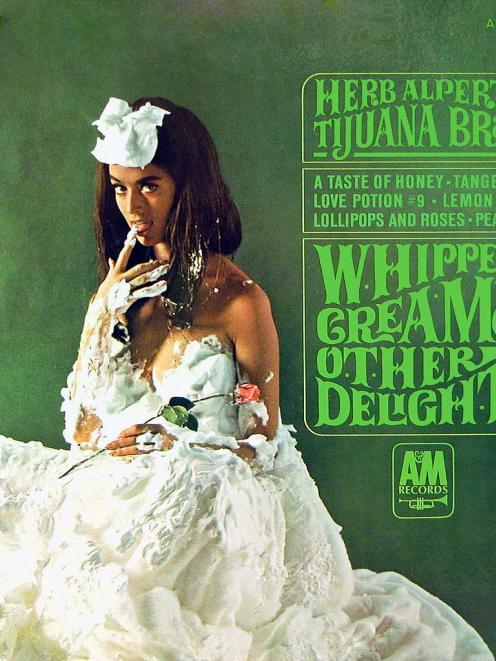 When you are chief of your own record label, you can write your own album liner notes and Herb Alpert, the ''A'' in A & M Records, would no doubt have been close at hand when a few words on his good looks and sensitivity were penned for the back cover of 1965 release Whipped Cream And Other Delights.

More attention was paid to the front cover. Model Dolores Erickson slathered in cream (shaving cream, actually) trumped Alpert's movie-star countenance on this occasion, and accounted for an extra zero or two on Alpert's bank balance following the album's 61-week tenure in the Billboard Top 10.

Alpert's fourth LP of instrumentals with the Tijuana Brass was a certified smash hit, embraced in the US and beyond as a comforting response to the attack on the charts by a host of British Invasion bands.

Grammy-winning single A Taste Of Honey exemplified the album's breezy disposition, eventually adopted as incidental music in TV game shows and continuity links on the strength of its sunny, carefree air.

It is a concept album, of sorts, with food or a derivative featuring in the title of each track. But look no deeper for a meaningful message, lest it be to take time out for a little indulgence. In the world of the Tijuana Brass, sunsets are a fiery orange and men stroll the beach in their dinner suits, arm in arm with glamorous women, the music a soundtrack to the pastimes of the jet set.

Alpert's romance with the music of Mexico is less diluted in earlier albums. Here, the mariachi flourishes are fewer and further between, with the hit tracks (Taste of Honey, Whipped Cream, Lollipops And Roses) all but abandoning direct references to places and things South of the Border.

But then, Alpert is of Ukrainian/Romanian decent and his Brass a bunch of Californian session men. This is pure entertainment.