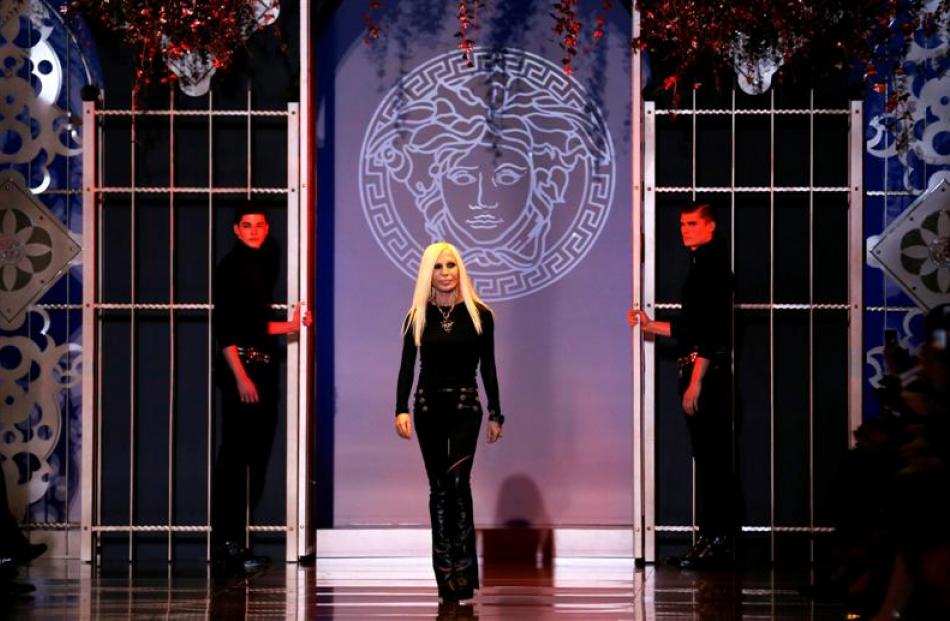 Donatella Versace acknowledges the audience at the end of the Versace Autumn/Winter 2014 collection during Milan Fashion Week February 21, 2014. Photo by REUTERS/Alessandro Bianchi.

Italian fashion house Versace complied with European Union regulations on textile production, it said on Wednesday following allegations by environmental campaign group Greenpeace that it had found traces of harmful chemicals in the brand's children's clothing.

"Gianni Versace operates in compliance with current laws regarding textile products," the company said in a statement, in which it said it was responding to "the news spread through the Internet and print by Greenpeace".

Versace said it "continues to search for raw materials and eco-sustainable technology solutions, with even stricter requirements than those set out under the current laws, renewing its commitment to the sustainability of the planet."

Greenpeace said in a report issued on Monday just before Milan Fashion Week that it had found traces of waterway pollutants in children's clothing and shoes made by several luxury brands, including Versace.

The campaign group raised a banner that read "beautiful fashion, ugly lies" in a famous shopping centre in Milan on Wednesday, as the city's biannual women's fashion week started.

Versace said it had put in place a system of mapping and selecting its suppliers based on "rigorous" production standards outlined in European Union Regulation 1907/2006.

Greenpeace has been campaigning against pollutants used in the textile industry since 2011 and has persuaded some 20 brands to sign up to its "Detox" pledge so far, but only two luxury names - Britain's Burberry and Italy's Valentino.