The little browser that could 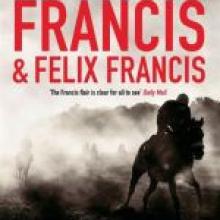 Mozilla Firefox, the little web browser with the quirky name, has grown up fast.

Four years ago, Firefox was an obscure project Microsoft felt free to ignore. Now it has grabbed about a fifth of the market worldwide.

And while Microsoft has shipped only one upgrade to its Internet Explorer in that time, Firefox just hit its fourth major release.

Its tabbed browsing lets you switch among multiple sites in one window, and a small box at the top right of every window lets you direct a query to your choice of web search engines.

"Find as you type" text searching jumps to a given word on a page in moments.

Its separation from the guts of Windows makes it safer and more reliable than Internet Explorer.

And Firefox's open-source code allows inspection by anybody, making for fast bug fixes.

But Firefox 3 also brings overdue changes to parts of the browsing experience that have barely budged in this decade: the bookmarks menu and the history list.

This time, Firefox developers - employees of the Mountain View, California, non-profit Mozilla, plus outside volunteers - stopped pretending that we all bookmark our favorite pages with the care of reference librarians.

Instead, they built a better history function: You don't have to remember a site's address; you have to recall only its title - or just a word or two of it.

As you start typing, Firefox will present a list of all the sites that match, then narrow that list as you continue.

Firefox 3 needs a little less memory and doesn't keep nibbling away at your computer's resources over the day.

Most web users, understandably, worry more about a computer getting hijacked than a browser getting slow.

The web is the most useful part of a computer, but it's also the most dangerous part, with sites that try to force-feed viruses to visiting PCs and those that prey on human gullibility.

In its favour, it comes preset to block access to hostile sites on a constantly updated blacklist. (A few hours after a phishing email's arrival, Firefox 3 refused to load the phony bank site pushed by that message, replacing it with a stern "Reported Web Forgery!" alert.)

But Firefox 3 prunes away one of the best anti-phishing features of earlier versions.

Where they painted the address box gold at a site that protected your login with encryption - a measure almost always absent at scam sites - Firefox 3 adds a less obvious blue highlight to the left end of that box, which offers some useful details on the site if you think to click on it.

Sites offering an extra layer of authentication get a larger, green highlight, but amazingly few (for example, Buy.com but not Amazon.com) have gone to that trouble yet.

Other visual tweaks to Firefox 3 show a welcome willingness to learn from other browsers.

Its back button is bigger than its forward button, a sensible recognition of which function gets more use (and a smart borrowing from Microsoft's long-dead MSN Explorer).

You can also resize all of a page's contents - text and images - with quick keyboard shortcuts (a smart borrowing from Opera and Internet Explorer 7).

Although Firefox 3's Mac version looks much more like a standard Mac program than Firefox 2 did, it doesn't always work like one.

For example, it can't display a PDF file hosted on a website without, at best, some tinkering.

The latest version of Safari remains a better pick for Mac users.

The wide assortment of free plug-ins available for Firefox 3 theoretically gives it an infinite feature set, but it's most fairly judged as it exists right after being installed.

From that perspective, whoever's working on Firefox 4 has work left to do.

Firefox 3 lacks Safari's "private browsing", which lets you borrow somebody else's copy without disturbing his or her settings and then wipe all traces of your use when you're done, and "forms auto-fill", which enters your contact info into web forms with a single click.

Its bookmarks and history features lack the visual simplicity of Opera's "speed dial" of favorite pages.

But when compared with the default browser on any new Windows machine, it's no contest.

There may be no easier upgrade to your web experience than a switch from Internet Explorer to Firefox.

And there may be no plainer evidence of the dim-wittedness of PC vendors than their failure to ship Firefox or any other alternative browser on their machines. - Rob Pegoraro