Eighteen years after Harry Love's adaptation of Aristophanes' The Clouds was first on the stage in Dunedin, it is to return, this time featuring Ralph Johnson and Marilyn Parker. Rebecca Fox talks to the trio about the attraction of classical drama.

Reuniting on stage 25 years after they first worked together Harry Love, Ralph Johnson and Marilyn Parker are revelling in recreating Aristophanes' The Clouds. 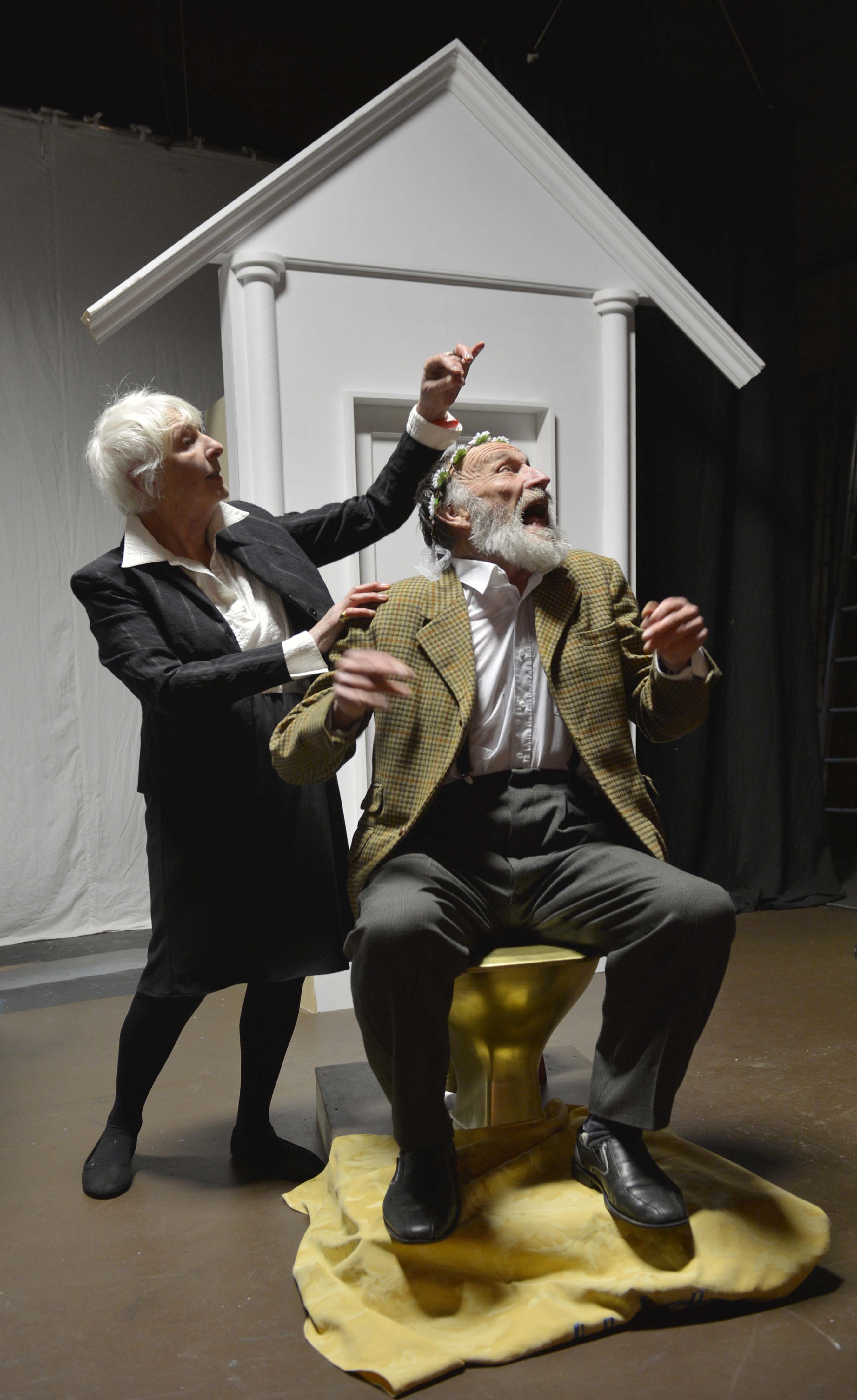 Twenty-five years later Ralph Johnson and Marilyn Parker rehearse for a production of The Clouds at Dunedin's Playhouse Theatre. Photo: Gerard O'Brien
The trio first met in 1994 when Love created his first adaptation of a translation of a Greek play - Oedipus the King. Johnson and Parker took on the lead roles.

"We've been friends ever since. It's kind of a reunion," Johnson says.

Love, a University of Otago honorary fellow, has translated, produced and filmed 17 Greek dramas for the classics department since.

Many of them have been filmed and produced overseas, including The Clouds, which was recently produced by the State University of New York's School of Theatre.

The reunion this year came about in part by accident. Johnson had rung Love to see if he would act as a referee in a job application and Love's upcoming production of The Clouds was mentioned.

"I quickly said I'd love to be in it. It meant working with Harry and Marilyn again and coming back to Dunedin again - I've done two of Harry's classical plays in the past." 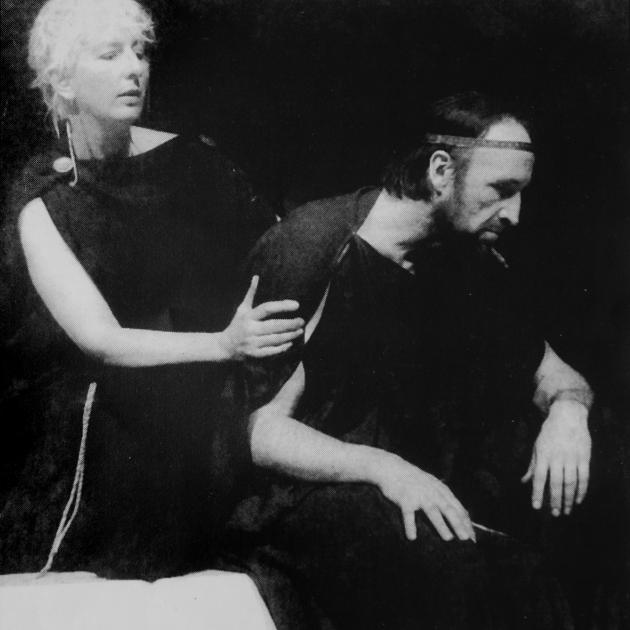 Ralph Johnson and Marilyn Parker in their first production together, Oedipus the King, in 1994. Photo: Supplied

Parker got involved in a similar way after a catch-up conversation with Love at the supermarket one day.

She told him there were not many decent female roles in the play unless he was going to make the role of Socrates a female.

"Harry walked off with a tinkle in his eye and that's how I ended up in it."

In the play Socrates is the chief executive of the "Qualafactory" - a tertiary education body.

"It seemed fitting in this situation today for the CEO in this cast to be a woman," Love says.

"And a very effective CEO she is turning out to be."

Parker, who was in theatre with Love when they were students, and Johnson both have a passion for classical theatre. Parker's was born out of the "meaty" roles classical drama offered women and she cut her teeth on classical theatre at the Globe with Rosemary and Patric Carey.

Johnson, a Wellington film and theatre actor, fell for it while he played the lead in Oedipus.

"It's one of the great plays ever written. It's a detective story. It's amazing, I'm addicted to it, it is so powerful."

Love decided, given the University of Otago was celebrating its 150th this year, it was a fitting time to give The Clouds, or the Lowest Form of Higher Education another run.

The play turns the focus on to the modern managerial university, the practitioner of the "education business" whose motto "Expendere Aude" speaks for itself, he says.

In 2001, the idea was to wave the message in front of university management to see whether they took notice.

"It occurred to me the 150th was a good time to give the university a reminder."

Parker says even the students involved in this production are drawing lines between the play and how the present-day university is run.

Love says one commentator described the play as a tragedy as, at the end of it, everything is stripped away and the world has gone to pieces.

It follows Strepsiades (Johnson) as he tries to escape his debts by seeking an education in business.

"He makes a sincere shot at it," Johnson, who received the best supporting actor award at the 2013 Madrid Film Festival for his role in the film Eternity, says.

He then convinces his son, Pheidippides, to do it for him and he becomes a very effective and efficient businessman who rationalises everything "to the dismay and disappointments of his father".

"He twists and turns - his name means twister - as he tries to wiggle his way out of debt anyway possible.

"It's a great role as he goes to so many places, a journey from elation to despair and back again."

It results in "the clouds" or the chorus of 15, being downsized to two against best practice guidelines.

"This is my first Greek comedy, which is another thing that attracted me to it."

Parker is enjoying creating Socrates' character, who was made fun of by Aristophanes in the original play.

"This Socrates is a manager who is happy to speak with conviction on various aspects of management, especially cutting costs. All in the name of intense immersive education.

"She is never quite sure how convincing she is, even to herself. It's a role you can play with, almost a musical role in some ways."

The play features music written by John Drummond and performed on stage by Alan Starrat, who also plays in the Dunedin Symphony Orchestra.

The Clouds, or the Lowest Form of Higher Education, Playhouse Theatre, August 1-10, 7.30pm.