Q Lots of New Zealand bands tend to go overseas because it seems like they kind of outgrow their local audience whereas you’re playing to huge crowds in New Zealand. Was that like a conscious effort or did it just happen that way?

A I suppose a bit of both. You never want to neglect your home and the people that made it possible in the first place, but were trying to kind of spread the focus and engage with as many people as possible. So that means like touring abroad and coming back to New Zealand. It always makes sense to come back in the summer because, you know, its the best weather and that's kind of a common thing for New Zealand bands, right?

But all were doing here is, people want us to play and the demand has gotten bigger so all were doing is following our noses when it comes to that. And we work really hard, we feel pretty grateful that were allowed to put on big productions like that, they're really fun, and we never knew wed be able to do something this big before. No New Zealand band has done the things were doing right now, so you know, it wasn't the intention from the get go, we've just been doing what the people have asked us to do.

Q Playing music for your mates in flats versus playing to, like, 25,000 people. If you could compare them which do you prefer, or are they just different?

A Well they are different, but were actually trying to create the same energy. You know, if you're in a venue as big as this you're trying to make it feel like a small pub show really, just trying to put a show on for your mates and make them enjoy themselves. Its the same energy as were trying to do out there, you just have more tools to work with and years of experience, that kind of helps. But yeah, gone are the days we can do those small intimate shows in New Zealand ... Well we could, but were doing these shows because we can, to be honest. And we really like those smaller and more intimate shows, but that's what Europe is for, you know, and that's what overseas is for. So we figure while we can come home, and we can play shows this size and a production like this, we may as well. But you know, we get to do both. 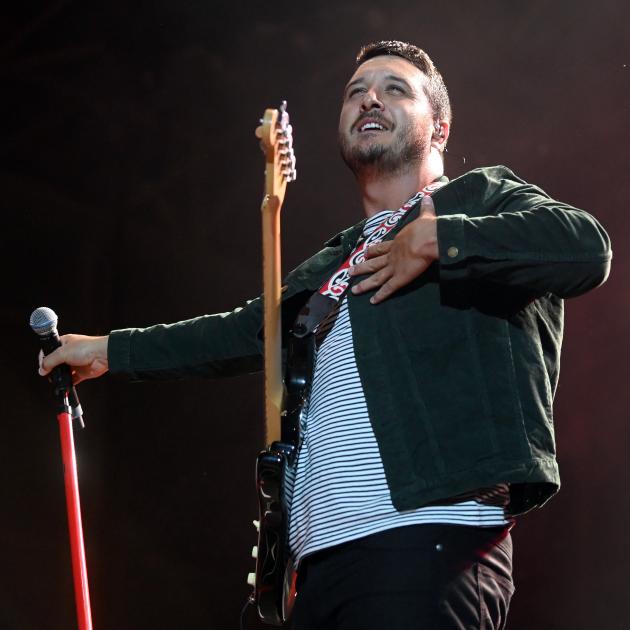 Matiu Walters plays with Six60 at Forsyth Barr Stadium last year. Photo: Craig Baxter
Q Obviously, as well as a band you have the commercial business side of things. So, how do you kind of balance that with being honest creatively?

A Well, I think when we know we’re about to go into a creative place and try to write music, we’ve gotten a lot better at being able to switch and juggle the modes, juggle the hats. So we know that it’s kind of seasonal almost, you have a period of time when you’re in the studio, you have a period of time when it’s more profitable to be touring. You just gotta get better at anticipating those times and changing your mindset to be able to be really creative. There are ways of doing that, but you’re basically trying to make habits that’ll help you in those situations.

Now we’re in tour mode so our creative output is a little bit different. We’re kind of changing our focus and trying to put on the best performance and best show that’s possible. Once this is done there’s going to be a time when we’re going to go back into the studio and write new music, so we have to anticipate that and prepare. Get into the studio and write a bunch of crap; all the good songs are behind the shit ones, so get to that as fast as possible, get yourself to a creative place.

You know, we like the challenge of doing it all, we consider ourselves business minds as much as creative minds. We don’t believe that they need to be mutually exclusive, and that helps with, kind of, so many people wanting to hear us play music and that, actually having a business to handle. And we figured from the get go we might as well take control and not let people make money all around us, and be taken for the fool, so that’s where that thing came from. But it’s become easier, and as the years go by, switching modes, changing hats.

Also this is all about music, you know? We’re not confused about that, we know we’re here because the songs are right and the effort we put in in the studio. Music is the reason all this is happening, music is the reason we actually have a business to handle. We were actually talking about this the other day, you know, all this production, so many people, so many hands to feed. It can be quite daunting. And reminding ourselves it’s about the music, and there’s a feeling in the show we’re trying to produce, it’s not just lights and visuals.

Q What do you enjoy the most about this life you have?

A I love not having to have a job, like a normal job. That's one of the reasons why we tried to make this happen, and we were so desperate for it at the beginning, because being a musician really means that we can just do whatever we want. And being a creative person, that basically, that’s what it means — I can create the life I want and I desire. And I’m just a creative person, it runs in my blood like it does for the rest of the boys, and the longer we can do that, the longer we can do that without suffering, and be able to provide that for each other, that’s kind of what it’s grown into being about. It’s kind of like we’re bound to each other because of Six60. Nobody thought it would last two months, let alone 10 years now. And we’re here, it’s happening, so we may as well make this thing the most enjoyable, the most happy, the most memorable experience because it’s either we get through this happy and together and with life to live, or we’re washed up, addicts, you know? Like, it’s usually one or the other with musicians and more the other.