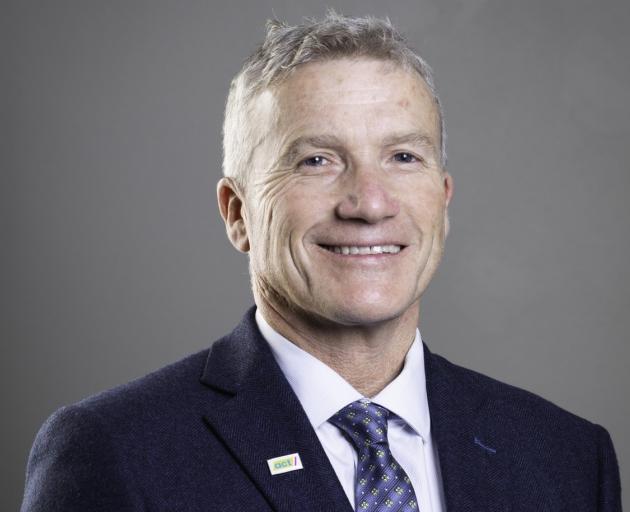 Chris Baillie says reinstating 90-day trials would reduce the risk for employers and allow them to take a chance on workers, creating more jobs. Photo: ACT
The Act Party has pedalled back on its vow to lower the minimum wage, instead promising to freeze it for three years.

It also wants to drop GST to 10% for a year, bring back 90-days trials, accelerate assets' depreciation, pour money into apprenticeships and streamline immigration for skilled workers.

The party this afternoon released its small business policy and said seven of its 10 top candidates were business owners so it understood the pressures they were facing.

As part of its small and medium enterprise (SME) package, it would:

Act's previous policy was to lower the minimum wage after it was increased to $18.90 in April, but it has instead now committed to freezing it for three years.

"Increasing the minimum wage while the economy is in recession will put a handbrake on business growth and the creation of new jobs," Act's SME spokesperson Chris Baillie said.

"It's the last thing we need while we're in a recession."

He said reinstating 90-day trials would reduce the risk for employers and allow them to take a chance on workers, creating more jobs.

"Young or low-skilled workers, or people who have been out work, have the most to gain from being employed on a trial basis."

Act would also seek to ensure employees were "responsible for their actions" under the Health and Safety at Work Act "rather than placing all the onus on the employer".

Baillie said Act believed New Zealand should choose a low-tax, low-debt, high-growth strategy led by private companies to get through the fallout of Covid-19.

How about we tie CEO wage rises to the minimum wage rise, the dollar amount, not the percentage.

On these figures, if the CEO didn't get a pay rise, you could employ an extra 5 staff on minimum wage.

Act proving once again that making the really tough calls is not in their repertoire. No brilliant ideas, just more of the same, look after the well off and keep hurting those at the bottom of the work ladder. By the way freezing the low income earners wages will not help my sole trader business one iota. Seymour and the rest of the MPs in parliament can prove they want help all New Zealanders and lead the way. Show everyone how you are in it with us and take pay cuts and freeze your salary's before you start looking at everyone else.

ACT is an acronym it stands for the Association of Consumers and Taxpayers. So I guess that's Consumers and Taxpayers other than workers on the minimum wage.
Act is not representative of Nzers. If you're a an employee on wages or salary and you support ACT you're a fool. Even if you're paid a salary that puts you in the top 10% you're voting against your own interests.

Ird, well said.As usual the worker pays the price. Everyone wants the economy to grow but if people dont have the money to spend where does the growth come from.
Instead of hitting the average Joe, why not drop the tax rate paid for people on minimum wage. That would mean more money in the pockets for people to spend.