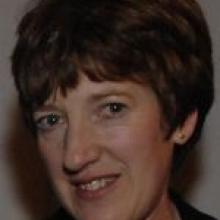 Louise van de Vlierd
If you are more worried about the rugby than the thread count of the sheets you will sleep on that night, you might be struggling to find accommodation in Dunedin for the main World Cup games.

Camping grounds and backpackers are just about filled up, with some booked out for the first and last games at the Forsyth Barr Stadium.

Dunedin Holiday Park owner Rex Moss said the park was expecting about 1500 people to be staying at the Victoria Rd camping ground for the first game.

"The weekends we are flat out, but during [the] week the numbers go down as people travel around."

The park had hired the adjoining Tahuna Park sports ground, giving it about 400 powered and unpowered sites that were mostly booked; as were the accommodation units.

Booked in were South Islanders, from Gore, Queenstown and Christchurch, and international visitors, particularly England supporters.

The demand meant he had hired extra security and extra staff, such as cleaners, for the month of the World Cup, he said.

Other camping grounds reported similar numbers. Waihola's ground was half booked for the big games.

Some bookings had been cancelled when people realised the distance to Dunedin, but inquiries were still being received yesterday.

Portobello Village Tourist Park owner Sherryl Charles said the park was booked out for the first game, with a combination of English and Argentinian visitors.

"It'll be an interesting night, whoever wins."

Penny's Backpackers had required three-night bookings and its 80 beds were booked for the first and last games.

"It'll be the in-between [games] that will make or break it."

As backpackers were notorious late planners, many were expected to arrive seeking accommodation.

Dunedin Visitor Centre manager Louise van de Vlierd said commercial accommodation was "very tight" for the month, but a few vacancies had opened up because of cancellations. Yesterday there were about 70 beds left on the list.

There were still requests from people wanting beds and the centre had been receiving emails from international visitors 24 hours out from them leaving their home country.

"That should ease off, I imagine, as most should be nearly on their way."