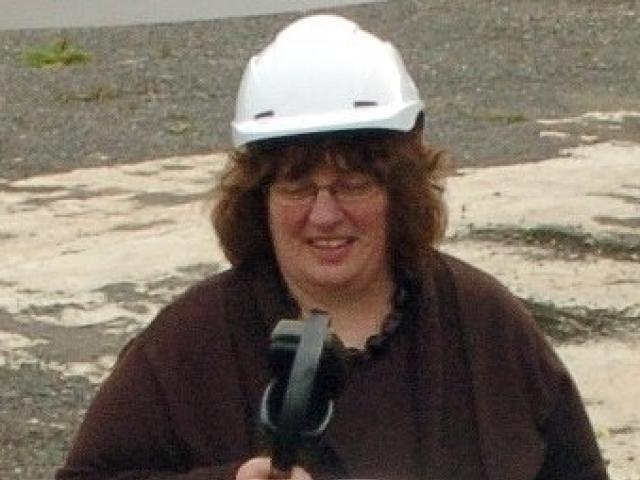 Frankie Wells
Frankie Wells wound an Otago scarf around her neck and declared her wholehearted support for the Awatea St stadium - one of the few voices to do so at yesterday's Otago Regional Council plan hearings.

The majority of yesterday's 25 submitters, if not opposed to the project, opposed ratepayer funding of it and questioned the ability to build it for $188 million.

Those feelings are echoed in most of the 322 submissions received by the council on the 2008-09 draft annual plan and long-term council community plan (LTCCP).

The LTCCP proposed the council spend $37.5 million on funding the Awatea St stadium and suggested options for how that could be funded.

Ms Wells said the stadium would be a wonderful asset which would be a drawcard to keep young people in the city.

Her work in education had led her to believe many children and their families supported the stadium, she said.

"Be bold and keep going," she urged the council.

However, possible cost overruns in the stadium's construction and its impact on ratepayers were the concerns of many others.

Dunedin Ratepayers and Householders Association chairman Syd Adie said it was "madness" for anyone to think that after three years someone could still build a stadium for the original price. The costs of petrol, power and food were rising and the price of steel had increased 48%.

"More and more people in the community are saying they don't believe the stadium should be going ahead."

The association also warned that many of its members were in financial crisis and could not afford rates increases.

Phillip Cole said if costs overran, the council would be left to pick up the costs. He had worked on three stadium projects and each had gone over budget.

"It has to be privately funded."

Neil Thomson said the stadium was very unlikely to have a significant positive impact.

"It's a wonderful dream but with a huge cost put on the community."

Lower Taieri farmer Michael Lord said while he did not oppose the stadium, he believed there was a real risk of its cost blowing out to $250 million to $300 million.

Using capital value as a basis for the ORC's stadium funding "unfairly picked on farmers", he said.

Carol and Kenny Reeves, of Outram, suggested the council should spend more money on cleaning out culverts and flood protection work, than on a stadium.

Cr Butcher put the concerns to Dunedin City Council chief executive Jim Harland, who was there to present the city council's submission.

Mr Harland said the Carisbrook Stadium Trust had confirmed there was contingency built into the process and further information on the impact of price rises was expected soon.