Battle for Invermay to continue 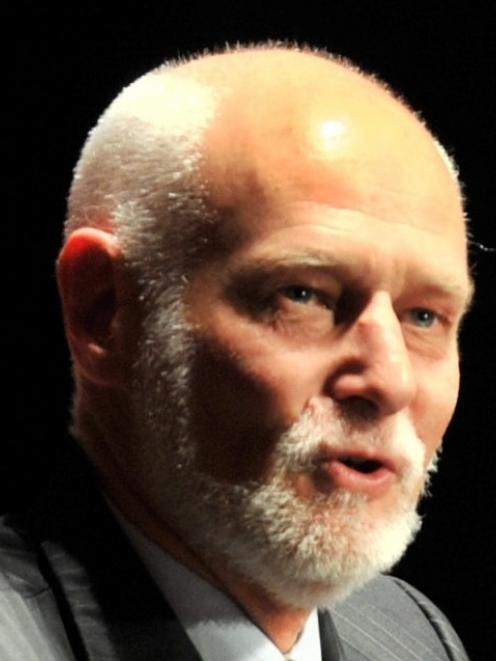 Pete Hodgson
The fight to convince AgResearch's board to rethink its restructuring proposals will continue, despite confirmation of its plans to downsize Invermay.

AgResearch announced it had concluded staff consultation about its restructuring proposal and would continue with its plans to relocate about 82 jobs from Invermay to Christchurch, although not before 2016.

Dunedin Mayor Dave Cull, part of a delegation protesting the changes, said he was ''profoundly disappointed'' at the outcome and the process, given AgResearch's board had not wanted to meet and listen to the case southern leaders had put together for retaining staff at Invermay, in particular the genetics and deer research teams.

It appeared suspicions AgResearch had already made its decision were justified, given the lack of change to the proposal, he said.

However, the delegation was due to meet board representatives on October 10 and would put its views ''loud and clear'', he said.

Whether they would listen was doubtful, given they appeared to have ignored similar concerns from their staff, he said.

As AgResearch had now confirmed a proposal, he hoped Economic and Development Minister Stephen Joyce would do what he promised when he met the delegation and ''test'' the proposals thoroughly.

Otago Regional Council chairman Stephen Woodhead, also part of the delegation, said he believed there was still time for AgResearch to reconsider some of the proposals.

If it went ahead with them, it could struggle to meet the requirements for agricultural science in New Zealand, he said.

''The more I learn ... the more I'm convinced the damage they're going to do the genetic and deer team.''

He was concerned that if the restructure was pushed through, there was a fair chance they could lose up to 70% of the staff affected which would have a ''significant impact'' on AgResearch as a whole.

''We've heard from some of our members at Invermay that only about 20% of the staff there would be willing to shift, while others say rather than moving to Christchurch, they will head overseas.''

Another delegation member, Pete Hodgson, a former Dunedin North Labour MP and minister responsible for CRIs, said the delegation needed to make sure those in the farming industry realised the damage that could be done to the New Zealand sheep industry if the proposals went ahead.

The ''hub'' of science from Invermay, the University of Otago and several private sector companies had helped double productivity in the sheep industry in past decades, he said.

Former Dunedin-based National list MP Katherine Rich, also part of the delegation, said the region should not give up, as there was a lot of time between now and 2016.

''There could be a completely different board by then.''

Environment Southland chairwoman Ali Timms said the minor concessions made by adding two extra staff was window-dressing and did not address serious concerns about the consequence of the changes on sustainable land use in the South.

''It's simplistic to say these staff are available to come to Otago or Southland, if needed. History tells us that part-time attention yields part-time results.''

Otago Chamber of Commerce chairman Peter McIntyre said he could not understand the rationale for the announcement.

While AgResearch chief executive Dr Tom Richardson talked of being able to ''better deliver the science needed to contribute to New Zealand's economic growth'', his decision flew in the face of that.

He urged people to write to Mr Joyce and the Otago Daily Times expressing their frustration at the decision.

''This decision shows disdain for the experts, disdain of local scientists and the people who wrote the report outlining why the centre is so important.''