'Bemused' at blame over balcony 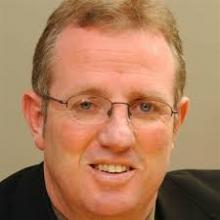 Greg O'Connor
Police are "bemused and annoyed'' blame is being directed towards them after a balcony collapsed at Six60 concert in Dunedin  injuring 18 people.

Police Association president Greg O'Connor said he had been in contact with several police staff who were at the event on Friday night who felt they did all they could to keep students safe.

"I'm relying on speaking to a lot of people there. The police are actually quite bemused and annoyed that somehow it's come on them because they know full well what would have happened if they had tried to really step in.

"Had the police shut that band down and there had been a riot ... [there would have been] stories about how police overplayed their hand.

"Police would have been absolutely pilloried for daring to go on private property.''

Mr O'Connor said police had no power to enter properties unless there was immediate threat to life.

He believed police had cleared the balconies but people ignored instructions and kept going back on to them.

"At some stage, people have got to take some personal responsibility. There was too many people and it was a dumb idea. Wake up people. If lots of you go on a balcony, there's a good chance something will happen.''

Reports that people attending the concert were out of control were wrong, he said.

"A lot of the backlash was ‘oh, this is another example of out-of-control students'. Well it wasn't. Nothing could be further from the truth. There was only one arrest all night.''

Police were correct not to launch a criminal investigation into the incident, Mr O'Connor said.

"Don't look to the criminal justice system to solve what should be common-sense solutions. It was a probably pretty dumb decision by a band, poorly planned, poorly thought out, with these consequences.''

Mr Karamaena suffered two broken legs and a broken back and is in Dunedin Hospital, while Miss Unahi is in Burwood Hospital in Christchurch with serious spinal injuries.