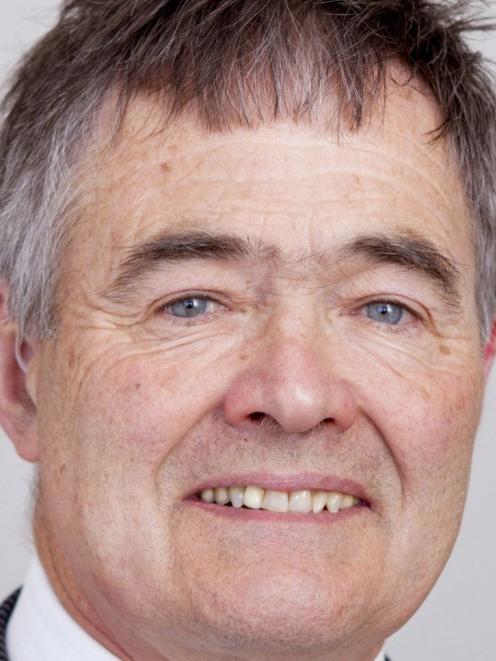 Dave Cull
The first taste of petroleum money could be just weeks away in Dunedin, as Texas-based oil giant Anadarko prepares to move its state-of-the-art drilling ship into Otago waters, it has been confirmed.

A natural gas boom worth billions of dollars to the regional economy could follow in the ship's wake, with thousands of jobs potentially created across Otago, it has been suggested.

As arguments for and against the industry's arrival in Dunedin continue, a report by economic analyst Berl has outlined the possible regional benefits of an oil or gas strike anywhere in the South Island.

It calculated a large offshore gas field could be worth $8.1 billion to the economy of any region hosting the industry, and $3.1 billion in regional GDP, while creating 11,540 jobs.

The report was prepared in March 2012 for the Ministry of Economic Development, but had not previously been seen by Dunedin Mayor Dave Cull.

He told the ODT yesterday the report did not allay public concern about fossil fuels and climate change, but the economic benefits - if applied to Dunedin or Otago - would be ''more than significant''.

''It could be a game-changer in terms of the economy.''

His comments came as Anadarko New Zealand corporate affairs manager Alan Seay confirmed the company's exploration ship, the Noble Bob Douglas, was due in Otago waters by the end of the month.

The company planned to begin drilling a test well 60km off the coast of Otago Peninsula, at the bottom edge of the Canterbury Basin, early next month, in search of a viable natural gas field, he said.

The ship would be serviced initially from the company's base in New Plymouth, but crew rotations, food and other consumable items would be ferried to and from the ship by helicopter from Dunedin, he said.

A joint venture comprising Shell, Austrian giant OMV and Mitsui, of Japan, also planned its own test well in the Great South Basin, most likely in the early summer of 2016-17.

The companies were yet to decide whether to site a logistical base in Dunedin or Invercargill.

However, if one or both fields proved to be viable and full production ensued, the economic benefits for Dunedin, Otago and New Zealand could be ''enormous'', Mr Seay said.

''The uplift from a large discovery offshore of Otago would be enormous for the regional economy and for the country as a whole.''

The Berl report's analysis was based on a hypothetical gas field located well offshore, with 30 production wells, a 45-year lifespan, and with gas processed offshore before being shipped directly to overseas markets.

The report anticipated total spending would reach $19.2 billion during the development, operation and decommissioning of the field, the majority of which - spent to develop the field and build a floating liquefied natural gas facility - would go to overseas companies.

However, $8.1 billion, or $179 million each year, would be spent within the regional economy, generating 11,540 full-time equivalent jobs, it said.

At other times, there would be a steady level of employment and local economic benefits during the production phase, it said.

A subsequent report by the Ministry of Business, Innovation and Employment, published in August 2012, said regions involved would benefit through ''job creation, higher wages, higher demand for local goods, services and capital, and new investment in the region''.

That was despite some skills and specialist equipment necessary to develop the oil and gas industry in new regional centres needing to be imported initially.

Over time, regions would develop their own pool of expertise, and those with ''unproven'' oil and gas potential could benefit from ''many millions of dollars of new investment'', it said.

He said the number of variables in the hunt for a commercially-viable gas field meant it was difficult to be specific about potential economic benefits, and failure remained the most likely outcome.

However, the type of returns detailed in the Berl report were ''absolutely not pie in the sky'' for Dunedin and Otago, he believed.

''One of the absolute black and white realities of the petroleum sector is if you have a petroleum industry, it is very meaningful from a revenue and economic point of view, in the region in which it occurs and for the country that produces them.

''These sorts of resources are highly sought-after all around the world.

''Any nation that has petroleum tries to develop them, because they are very, very lucrative for the countries that have them.''

Accidents could come in many forms, from a rig explosion to a shipwreck, and there was ''a whole lot of scenarios that don't involve a blow-out like [the Gulf of Mexico]'', he said.

Risks could be managed ''to a large extent'', but climate change could not, if the hunt for fossil fuels continued unabated, he said.