Bond gets his oar in at former high school 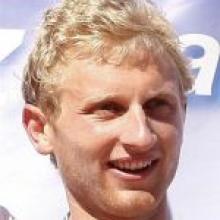 Hamish Bond
Memorabilia from some of New Zealand's most prominent sportsmen is beginning to accumulate in the rector's office at Otago Boys' High School, bound for the school's new Sports Wall of Fame.

On Friday, three-time world rowing champion and former Otago Boys' High School pupil Hamish Bond returned to his alma mater to donate one of his oars to the growing pile, which includes an All Black rugby jersey autographed by All Black captain Richie McCaw, a jersey worn by former All Black halfback Byron Kelleher, and a gold medal won by Russell Coutts in the yachting Finn class at the 1984 Olympics.

Deputy rector Dougal McGowan said memorabilia continued to be donated by former pupils who had made names for themselves in sport.

"It's outstanding that our past pupils want to contribute to our school and be a continuing part of the school."

Bond said the oar was one he used at the 2010 World Rowing Championships, and he was delighted to be able to give something back to his school.

"Without the support of the school, I wouldn't be here now.

"And besides, I don't have anywhere to put a big oar at home, so I'm only too happy for the school to have it," he said.

The oar is one of the first items to be placed on the wall of fame in the school foyer as part of the build-up to the school's 150th anniversary celebrations in 2013.

It was hoped a Cultural Wall of Fame would be added in the near future, Mr McGowan said.

"Our drive here is about promoting excellence. The boys will be able to look at the wall and draw inspiration from it."

• Bond was in Dunedin to attend the 2011 Otago Sportsperson of the Year awards on Friday night, when he won sportsman of the year and the supreme award.