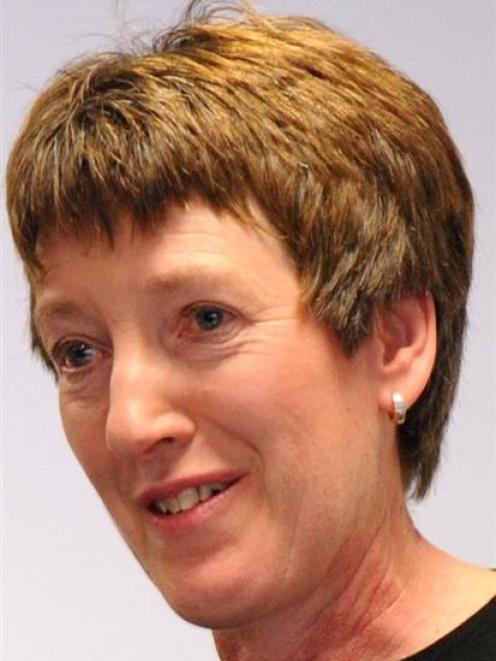 About 60 people attended a cruise-ship season debriefing, during which representatives from Tourism Dunedin, Port Otago, the Dunedin City Council, Otago Daily Times and University of Otago reflected on the past season and advised on the next.

About 163,000 passengers and 70,000 crew, on 89 ships, along with the largest vessel to stop at Port Chalmers, Voyager of the Seas, were expected from October for the next season.

Most of those passengers were expected to be Australian. University of Otago marketing lecturer James Henry said there had been a "massive swing to the Australian market".

"High-spending Americans are being replaced by budget Australians," he said.

The age of passengers was also changing, with more families choosing to cruise.

Research undertaken by the university revealed passengers wanted some kind of welcome at the port, although Dr Henry was unsure if that entailed a Maori welcome or a bagpiper.

"Passengers are looking for a welcome and that's coming out stronger and stronger. They just want something to say 'Welcome to Dunedin'."

"Yes, the numbers have gone up, but the spend has gone down. A lot of them just don't have the money in their pockets. Five years ago, price was probably at the bottom of the list, as far as consideration went. Now, it's 'Isn't there anything cheaper?'," she said.

Others were concerned with spending long periods of time at single attractions and found it difficult to understand it could take three hours to do a wildlife tour on the peninsula.

Some of the concerns raised by operators during the debriefing included the need to still break down myths around what would be open in Dunedin and when, as information provided to passengers before their arrival could be incorrect - a photo of a church which was not in the city was posted on one of the cruise company's websites.

Another concern was around the need to implement a code of ethics for operators, which was being considered by the city's cruise action group.