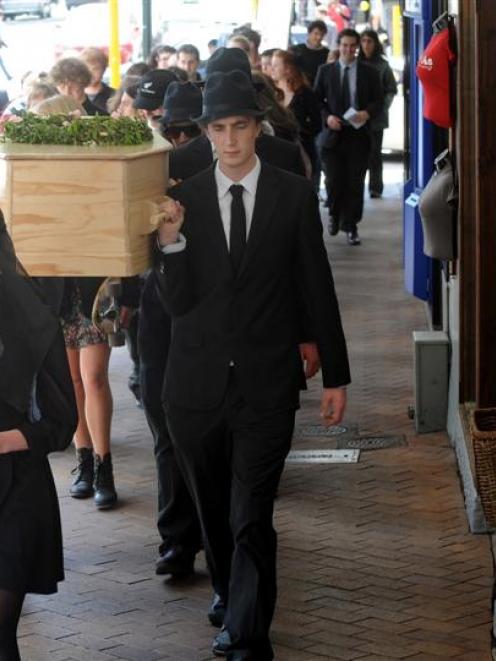 A group of about 45 people, many of whom were university students, held a mock funeral in the lower Octagon.

A large banner with the words "RIP Business as Usual. Cause of death: fossil fuel overdose", painted in black letters, was carried at the rear.

The stunt was part of a national movement to raise awareness of depleting energy sources.

Environmental group Generation Zero spokesman Louis Chambers, a pallbearer in the procession, said it was part of a national movement to "get people to think about renewable energies".

"Now, we can put people before cash," he said.

After his speech, Prof Lloyd said he had wanted to be there to support the students.

"I thought it was a worthy cause," he said.

"Business as usual died of natural causes [and] could not be sustained."

University law student Alex Dawson said he had joined the cause because he identified with concerns about the environment.