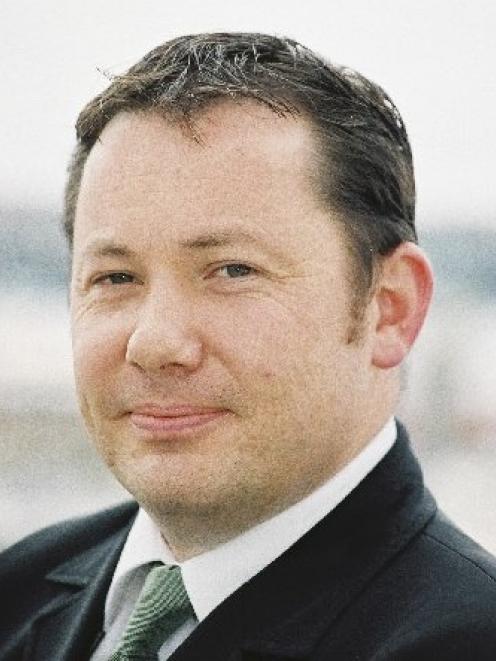 John Christie
The Otago Chamber of Commerce has issued ‘‘a call to arms'' to Dunedin to put aside what it calls the divisive debate on the proposed stadium and start getting ready for the 2011 Rugby World Cup - wherever in Dunedin it may be held.

And chief executive John Christie has warned that this year's All Blacks-South Africa test is a make-or-break date for the city.

The organisation plans to bring local groups together for a discussion about what could be achieved.

‘‘It's not just about rugby,'' he said, but an issue of making the most of opportunities available from the world cup.

The man heading the southern region's bid for world cup games, and preparation for the event, Wanaka businessman Ian Farrant, said work was being done.

He said it would not be known until the end of the year what games would be held where, but work was already being done on an inventory of tourism assets to prepare for the event.

Mr Christie made his call in The Chamber, the organisation's newsletter.

He said yesterday that there had been much debate about rugby and the proposed stadium, and not enough about what the community was doing to prepare itself for the Rugby World Cup.

The stadium debate had obscured the need to look ahead to the world cup, and the need to host teams at a new stadium, Carisbrook, or any other option chosen.

‘‘I'm aware of a lot of other regions already offering to host teams in their city for training.''

While there were people doing that ‘‘behind the scenes'', it was also necessary to find out whether there would be sufficient accommodation, areas for motor homes and ‘‘a whole lot of other peripheral stuff''.

‘‘Are we going to cater at a world class level, or is it going to be the same old same old?

The Chamber of Commerce was willing to get involved in the work, but he expected the Dunedin City Council, the Otago Rugby Football Union and media organisations to help.

Mr Christie said his organisation would try to get people ‘‘round a table to see what can be done''.

If the All Blacks did not play in Dunedin, teams coming here would need to be supported.

‘‘The region must start talking now in defining clear strategies to fill the stadium, no matter what games we get.''

That had to start with the All Blacks-South Africa test, to show that the city could still pack a stadium.