Conviction over death of cyclist on 'incredibly busy' road 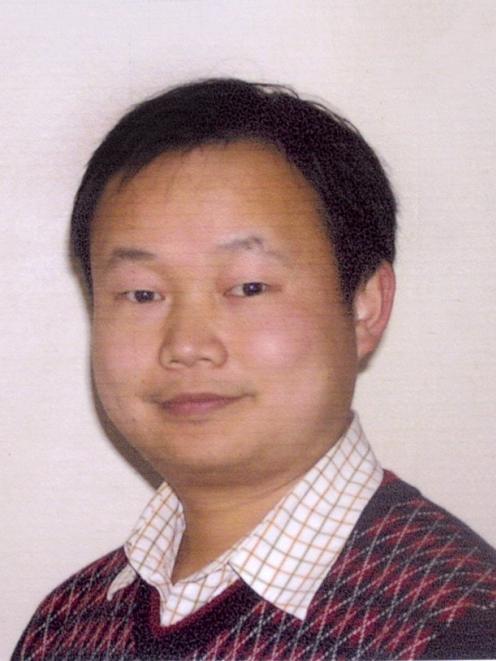 Dr Li Hong 'Chris' He
Judge Michael Crosbie spoke of the dangers of the one-way system near Dunedin Hospital when sentencing a Tapanui pensioner for causing the death of a cyclist on the busy stretch of road last year.

Beverley Anne Peat (67) was convicted and required to pay $2000 for emotional harm, and disqualified from driving for two years, after admitting causing the death of Dr Li Hong ''Chris'' He (34).

Dr He - a senior lecturer at the University of Otago's Faculty of Dentistry - was killed outside the hospital on November 19 after he was knocked from his bike into the path of a stock truck, after Peat opened her car door without checking.

While it would be the job of the coroner to determine the cause of the death, the judge noted the myriad road users on Cumberland St at any given time.

''This is an incredibly busy section of road in the middle of our city that attracts a range of traffic, from cyclists through to the lorries and trucks and this piece of road is situated right outside one of the busiest buildings in the city being the hospital.''

Judge Crosbie said there were sections of that road where there should not be parking, but this was his observation and should not be viewed as a criticism.

Counsel Anne Stevens said Peat had no previous conviction, volunteered in the Tapanui district, which included driving people to Dunedin Hospital for treatment as she did on the day of Dr He's death.

Peat often became ''very tearful'' when thinking of his death.

On April 19, Peat had attended a restorative justice meeting with his widow and other family members, who were not present at sentencing in the Dunedin District Court yesterday.

Judge Crosbie noted the widow's victim impact statement, how she held no animosity towards Peat and who described it ''as an accident''.

The statement was ''very difficult to read'', and the matter had taken its toll on the family, financially and emotionally, he said.

Judge Crosbie accepted Peat was remorseful, and had been held to account in a ''very public way''.