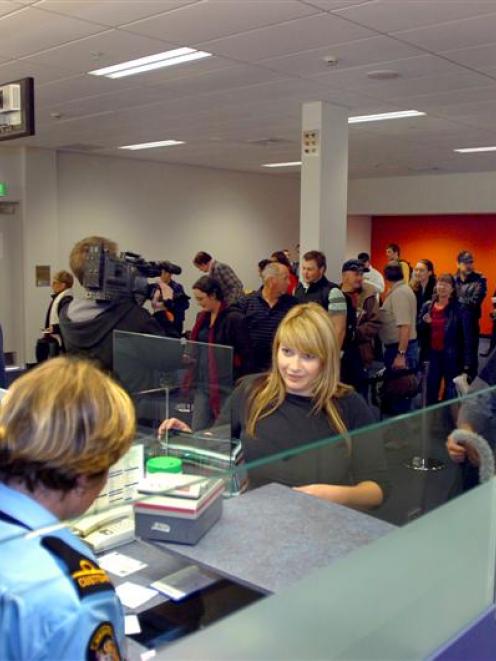 People arriving through the airport contributed $3.119 million* in revenue to the wider economy for the year ending September, up from $1.952 million the previous year.

The Tourism Futures International report, which was released to the Otago Daily Times yesterday, shows international visitor movements through the airport were up 48.5% on the previous year.

Otago Chamber of Commerce chief executive John Christie said the report showed what a vital piece of infrastructure the airport was to the city, and highlighted the importance of retaining - and increasing - transtasman services.

Competition between Pacific Blue and Air New Zealand resulted in more capacity on the Brisbane route, and an increase in the number of Australian holidaymakers arriving in Dunedin.

As opposed to New Zealanders leaving from the airport to holiday elsewhere, inbound Australian tourists offered "significant opportunities for the economy".

Tourism Dunedin chief executive Hamish Saxton said the report showed an increasing number of Australians indicating they had come to Dunedin for a holiday rather than to visit friends or relatives.

"It is a dramatic jump."

Australian holidaymakers now accounted for 40% of arrivals, and this number had the potential to grow further following the launch of a $500,000 campaign aimed at enticing more visitors later this year.

Mr Saxton said the increased "connectivity" from Pacific Blue's transtasman services into Brisbane had made Dunedin more accessible to other Australian centres, such as Perth, Cairns and Darwin.

"Connectivity is vital to the lifeblood of the city."

The example set by airports in Christchurch and Wellington showed how an airport could become a major economic driver through a collective approach by private and public organisations, he said.

*These figures assume an average spend of $246 per visitor in Otago-Southland; a multiplier of 0.9 is used to obtain net expenditure.