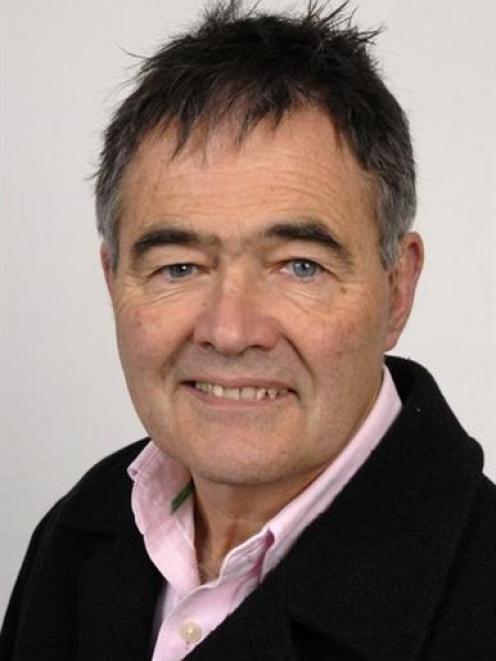 Dave Cull
Forsyth Barr Stadium extras with a combined cost of $5.15 million have been approved by the Dunedin City Council.

The funding has been described by Mayor Dave Cull as an "underwrite".

He said after two meetings yesterday that included discussion of the stadium some of the items agreed to were expected to result in revenue coming back to the facility.

"There are still discussions going on about where we will get money from non-ratepayer funded sources."

The project needed certainty now, though, and it was essential funding was agreed to, he said.

The stadium took up most of two meetings and six hours of debate yesterday, and resulted in a list of six recommendations giving the go-ahead for funding to provide a catering fitout for the stadium, the relocation of a media suite from the south to the north stand, way-finding signs, relocatable toilets for the west stand and additional toilets on level three.

Debate was heated, and early on, Cr Lee Vandervis was threatened with being asked to leave the meeting by chairman Cr Syd Brown.

A report to the council from project delivery team chairman Stewart Barnett and Dunedin Venues Management Ltd chief executive David Davies said the items "are not exclusions from the overall project as managed by the Carisbrook Stadium Trust".

"There were strategies assumed for the funding of the original items which in some cases have not been provided for".

But Mr Cull had a different view.

While much of the council meeting on the stadium extras was held with the public excluded, Mr Cull did as he said he would, and reopened the meeting to the public later in the day.

He said then items had been dropped from the guaranteed maximum price contract so it would fit within budget.

"I think that was a fiction the council of the day accepted."

It said the catering fitout would cost $2.4 million.

The report said the 2007 Horwath report on the stadium assumed the potential cost of the kitchen equipment and some fitout would be offset by an expected $2 million to $2.5 million from a caterer.

The shift of the media suite was another large cost, at $1.3 million.

The shift would see at least four smaller hospitality suites developed where it would have been in the south stand, and more revenue from sponsorship and advertising.

The business case for the change was strong, the report said, with revenue of $2 million over 10 years expected.

After the debate, Mr Davies said he was "humbled" by the support from the council, which had made "brave" decisions.

He said the decisions meant when the stadium doors opened the facility would meet the expectations its users would have.

At the end of the closed debate, six motions were approved.

They included that the committee recommend the council approve additional capital expenditure of up to $5.15 million for the items, and that it approve borrowing of that sum only if required, noting additional revenue would contribute to debt servicing costs.

The council and DVML would identify how much revenue could go to debt servicing, and the two organisations would explore all options to find funds from non-ratepayer sources.

A further list of four items, including a fitout of level 2a, a wifi system for the stadium and a telephone exchange, all up costing $650,000, was noted, with DVML to provide a business case on the fitout.