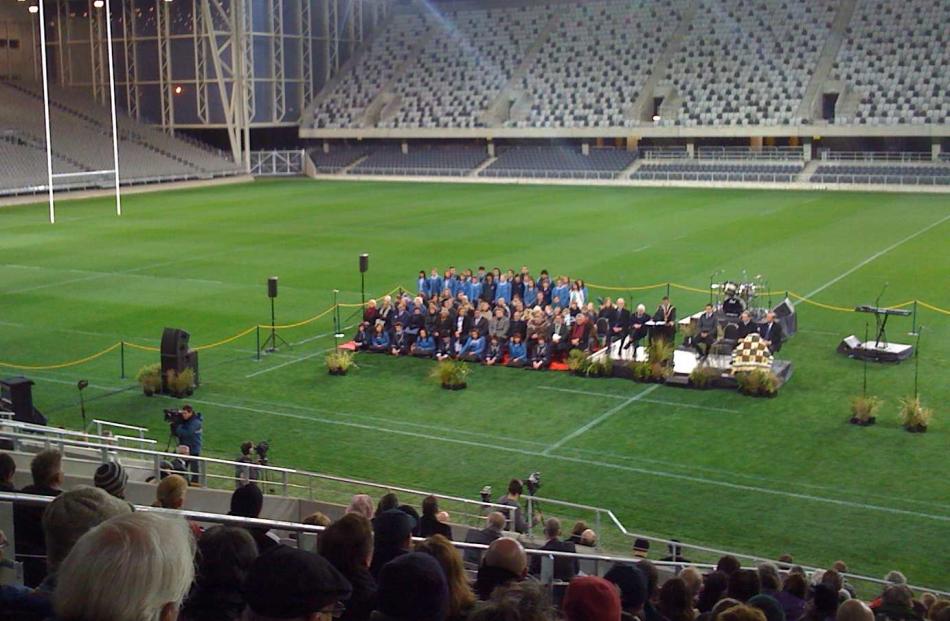 The official party assembled on the pitch. Photo by Craig Baxter. 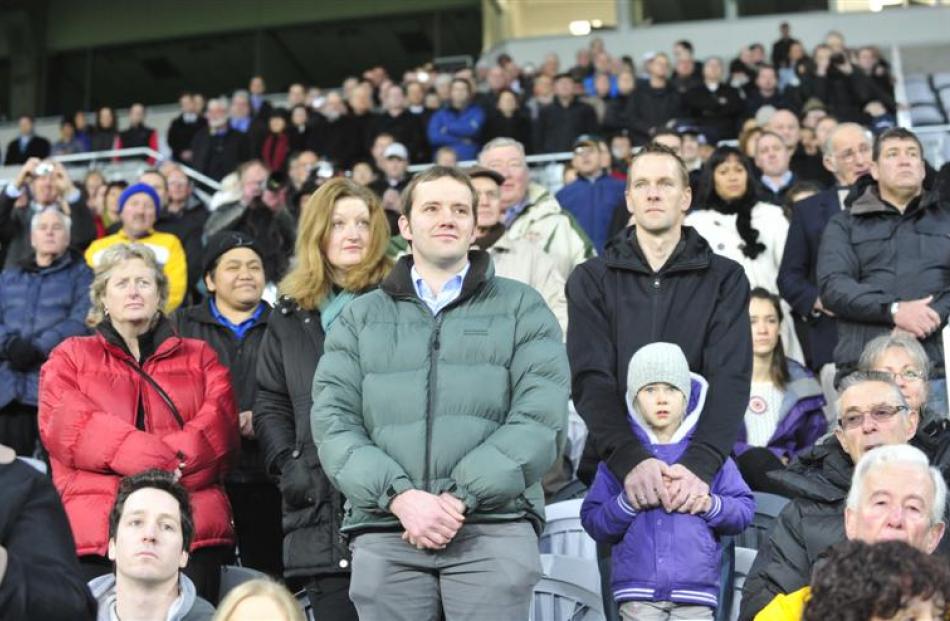 The crowd stands for the national anthem. Photo by Craig Baxter. 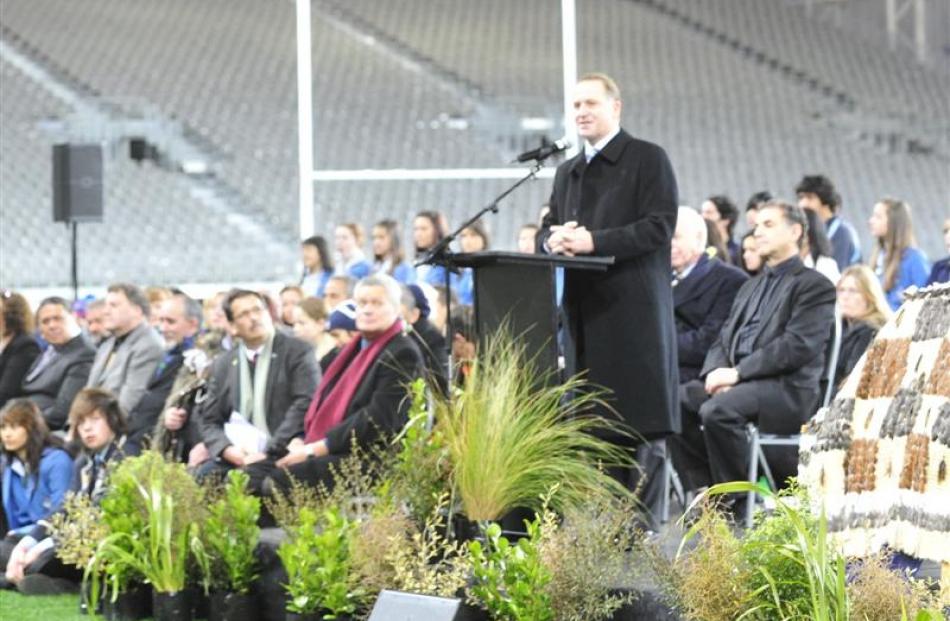 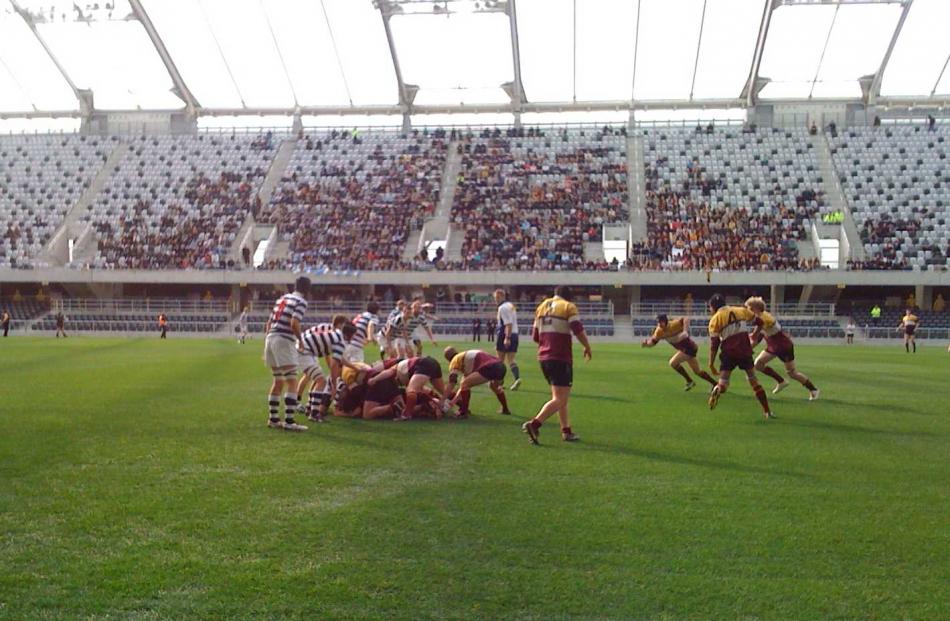 Players from the Knox and Selwyn College university rugby teams play the first game at the stadium. The match kicked off at 12.30pm. Photo by Craig Baxter 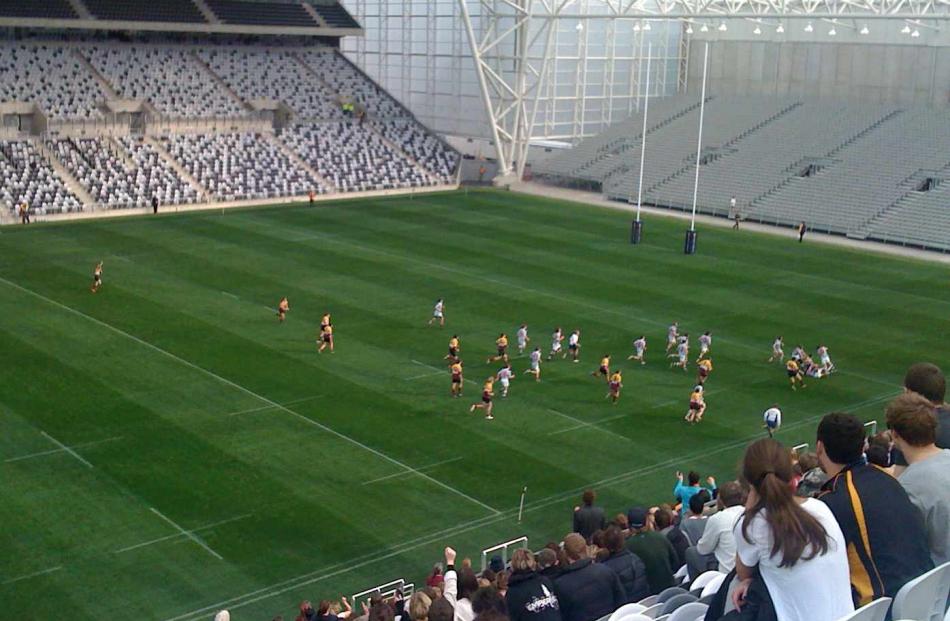 Players from the Knox and Selwyn College university rugby teams play the first game at the stadium. Photo by Craig Baxter

Dunedin's Forsyth Barr Stadium was officially opened and blessed early this morning, just two years since piles for the building were being driven into the ground by the Otago harbour.

Prime Minister John Key travelled to the city to do the honours at a stadium he said would become known as "the house of pain and pleasure": pain for visiting football teams and pleasure for its users.

The service began shortly after 7am, with a mana whenua dawn blessing.

Mr Key told a crowd of about 500 that turned out for the opening the stadium was "incredibly important" for the city of Dunedin, and for Otago.

He noted the $15 million the Government had provided for the venue, which he said had been given because the future of the city was linked to the strength of the University of Otago, and the stadium was "integral to the growth of the university and the medical school".

Mayor Dave Cull said the stadium had been built "pretty much on time and on budget".

"It is a phenomenal achievement, by any measure, very worthy of celebration."

Carisbrook Stadium Trust chairman Malcolm Farry said controversy around funding issues that had been made public recently would be a major focus for the Dunedin City Council, but "it will be said in hindsight this was the wise and correct decision to make".