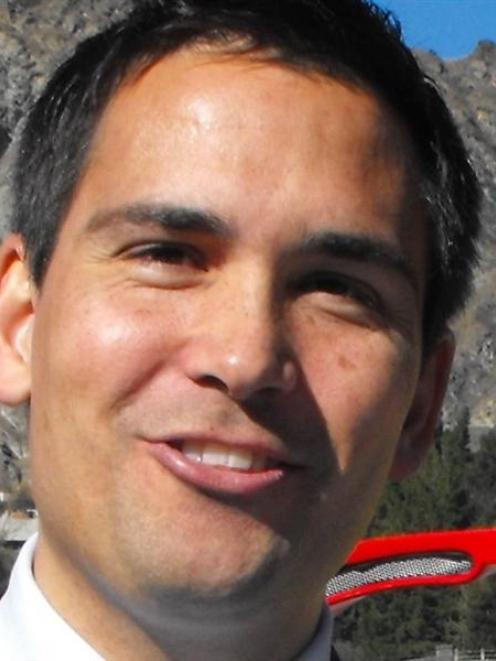 Simon Bridges.
The company set to drill off the Otago coast in January has been ''put through the wringer'' when it comes to environmental and safety standards, Energy and Resources Minister Simon Bridges says.

Mr Bridges was commenting on the revelation Texas-based company Anadarko is set to drill a $US100 million deep-water test well 60km off the coast of Otago Peninsula at the bottom of the Canterbury Basin in January.

The news provoked debate online, with most commenting on the Otago Daily Times Facebook page against drilling and most on the ODT website, albeit from fewer comments, for drilling.

Mr Bridges said spills and other ''high impact events'' were ''exceptionally rare'' and the Government enforced ''world best practice'' when it came to environmental and health and safety standards.

''This is a highly regulated area where we put businesses like Anadarko through the wringer.''

He argued gas, which was more likely to be struck than oil, was a force for good in the ''climate change fight'' as a ''transition energy source'' because it was cleaner burning than coal.

Drilling was ''extremely positive'' for Dunedin and, if oil was found, it had the potential to bring jobs to the city, he said.

Oil Free Otago spokeswoman Niamh O'Flynn told the ODT it was exploring tactics to protest the drilling and would not rule out using boats to meet the drilling ship Noble Bob Douglas once it arrived off the coast.

The group was against drilling because of the danger something could go wrong and because it would further contribute to global warming, Ms O'Flynn said.

New Zealand was unprepared to deal with the potentially disastrous consequences of drilling for either oil or gas, she said.

Mirroring the comments of many online commentators opposed to drilling, Kate Lang said on the ODT Facebook page that: ''Oil and coal only add to global warming and climate change. Pollution of the seas in this important wildlife, wilderness area would be devastating - and no oil company can keep it clean or safe.''

Many brought up the risks of environmental disaster and questioned the benefit offshore oil or gas would bring to the Dunedin economy.

''Anadarko owned 25% of the oil well that caused the spill in the Gulf of Mexico in April 2010 (the Macondo Prospect). Do Dunedin residents really want such a company carrying out deep-sea drilling on their doorstep?'' user F-Lin said on the ODT website.

Others welcomed the news, with Facebook user Brendon Arbuckle saying: ''Forget the greenies, if they had their way, we would be living in cardboard tents powering our energy efficient lightbulbs with pedal power.''