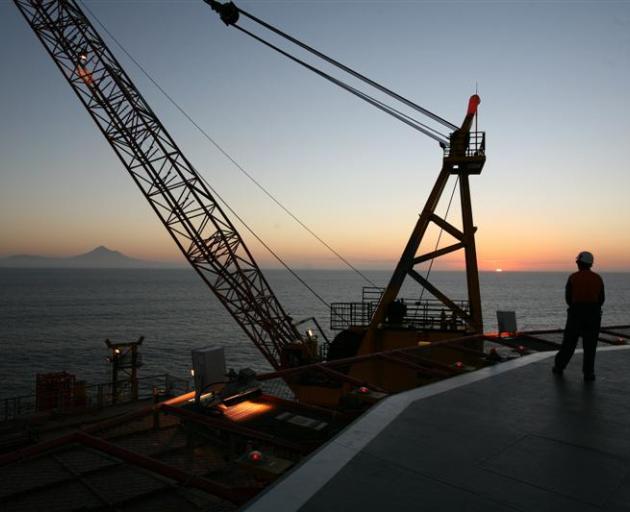 Welcomed by environmentalists, the move has attracted energy sector criticism for lack of consultation and questions over supplying New Zealand's long-term energy requirements.

Prime Minister Jacinda Ardern said yesterday that just one oil and gas exploration permit had been granted in each of the past two years.

"This decision does not affect current [oil and gas] reserves or the potential finds from current exploration permits.

"As the industry itself admits, there is good potential for more to be found," Ms Ardern said.

Given five major offshore oil and gas companies have relinquished their New Zealand permits during the past two years and left New Zealand, the decision appears unlikely to have any short-term effects.

"Our known gas supplies will run out in 11 years.

"Apart from importing fuels with higher emissions, where else will we get energy from and how much will it cost consumers and businesses?" Mr Madgwick asked.

Not exploring and producing petroleum in New Zealand meant other countries would produce it instead and New Zealand would have to import it at higher cost, he said.

"This will do nothing to reduce global greenhouse gas emissions and could make them worse," Mr Madgwick said.

On the issue of security of supply, Mr Madgwick noted that this week coal had to be used for electricity generation after there was an interruption to the Taranaki gas supply.

He said there were also "substantial economic benefits" at stake. The Government receives about $500million annually in taxes and royalties and the industry employs more 11,000 people at peak periods.

"All of which will decline without new activity," he said.

Mr Madgwick, and New Zealand Oil & Gas chief executive Andrew Jefferies both emphasised the decision sent a worrying message to domestic and international investors, about New Zealand as a place to invest and create jobs.

However, Ms Ardern said the Government was protecting existing exploration and mining rights.

"No current jobs will be affected by this, as we are honouring all agreements with current permit holders," she said.

On the question of supply, Ms Ardern said there were 31 active oil and gas exploration permits, including 22 offshore.

"These permits cover an area of 100,000sqkm, nearly the size of the North Island, and run as far out as 2030 and could go an additional 40 years under a mining permit," Ms Ardern said.

Existing onshore and offshore exploration permits and those that may go on to seek a mining permit, will all be honoured by the Government.

The stance was well signalled in February, when Minister of Energy and Resources Megan Woods extended an offshore oil and gas exploration permit off Oamaru, stating the alternative would have been a judicial review of the permitting process.

Mr Madgwick said there had been "no direct consultation" with the sector and asked the Government to "talk with the industry urgently".

National's energy and resources spokesman Jonathan Young described the decision as "economic vandalism" which would ensure the demise of 8000 high-paying jobs and remove $2.5billion from the economy.

"This decision is devoid of any rationale.

"It certainly has nothing to do with climate change. These changes will simply shift production elsewhere in the world, not reduce emissions," Mr Young said.

"Forest & Bird now wants to see this temporary breathing space be made permanent by changing the Crown Minerals Act, and having the block offer process dismantled entirely," Mr Hague said.

Ms Ardern said last week's announcement of a multimillion-dollar regional development Taranaki Action Plan was the "first step" in the process of transition.

"We will be working with the Taranaki community and businesses in particular on this as a long-term project ... ensuring there is a just transition to a clean energy future," Ms Ardern said.