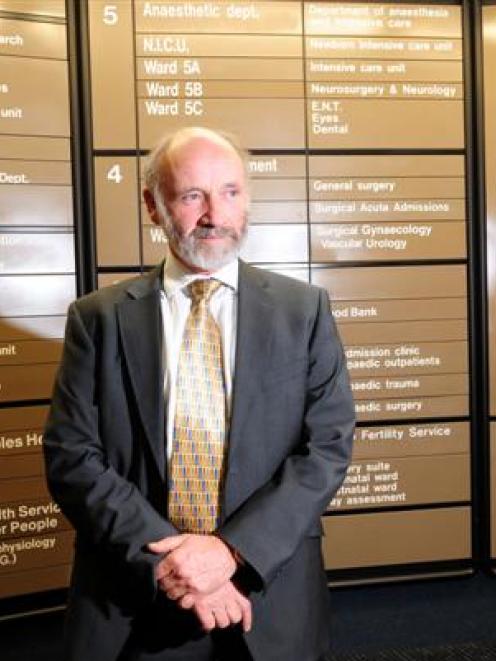 Prof John Campbell said the elderly had less "reserve" to bounce back from neurosurgery, so delays or difficulties more adversely affected their recovery.

While the "margin for error" was tight in any neurosurgical procedure, the elderly were even more vulnerable to complications or errors.

They had a greater risk of falls than other people, sometimes resulting in head injury.

Medical causes of brain injury were also common in the elderly.

Elderly patients were often well known to Dunedin clinicians, especially if they had a history of illness, or more than one ailment.

This helped their treatment, especially when liaison was required between different medical specialties.

This would become more difficult if patients were transferred north.

It was hard on elderly spouses, who often had their own health issues, to have to go to Christchurch to support their partners, Prof Campbell said.

Elderly brain injury patients particularly needed stability after procedures, and their rehabilitation was not helped by waking up in strange surroundings.

The arguments for centralising delivery of the service in Christchurch were not convincing, he said.

Prof Campbell, former chairman of the Medical Council of New Zealand and former dean of the University of Otago's faculty of medicine, said neurosurgery was highly specialised but not reliant on very expensive equipment.

Therefore, the centralisation argument did not make a lot of sense.

He supported the one-service concept, as individual neurosurgeons' special areas of interest could be utilised more fully for the benefit of South Islanders.