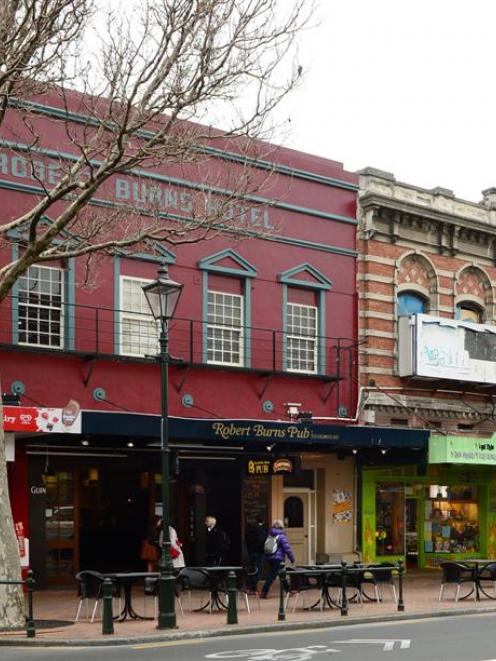 Oakwood Properties is adding value to its historic properties. Photo by Gerard O'Brien.
While changes to earthquake-strengthening rules caused controversy, Oakwood Properties director David Marsh sees them as an opportunity.

It was a good chance to renew Dunedin's heritage building stock and give buildings a new lease of life, Mr Marsh said.

''We've got a positive view of it. It's all pretty exciting. Some people are running from it; I think you've got to embrace it,'' he said.

Oakwood Properties was spending ''millions'' upgrading some of its buildings, including the Robert Burns Hotel and adjacent properties in George St, including the former Johnson's Fish Shop.

The Robert Burns building needed ''a bit of work'' and the upshot of both the renovation and the earthquake strengthening would be a safe, historic building that would be ''set for another 100 years'', he said.

The city's historic buildings were important and Oakwood Properties would ''do our bit'' to add value to them. Business owners had a responsibility to ''get it right''.

The former Johnson's Fish Shop was noted in a Dunedin City Council scheduled heritage place report as having national significance on the basis of its unusual architecture.

It has been described as a rare example of neo-Byzantine architecture, a style from the mid-19th century.

The chequered history of the buildings - home to everything from a billiard saloon to a fruiterer - was rich. Foxys nightclub was ''the late-night place to go [in the 1980s]'', Mr Marsh said.

But now the mix of students accommodated upstairs and hospitality businesses below was a good combination, with students breathing life into the area, he said.