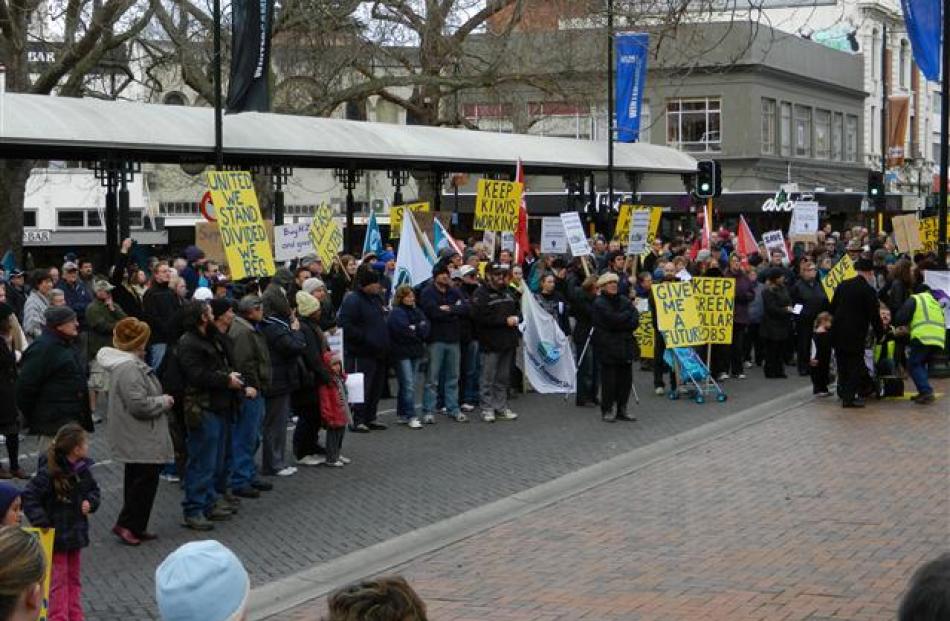 A section of the crowd listens to the speakers. 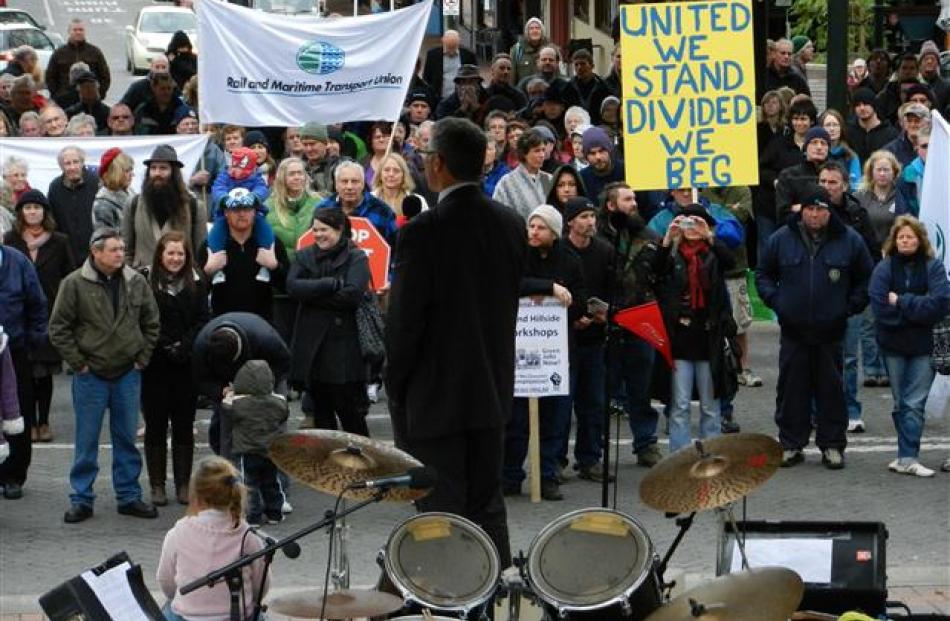 Protesters gathering in Dunedin's Octagon have sent a strong message to KiwiRail and the Govnerment to save jobs at Hillside Engineering.

Roads around the lower Octagon and the central carriageway were closed as a crowd - including Hillside workers, union representatives, politicians and the public - gathered at 1pm.

The Otago Daily Times counted between 700 and 1000 people at the rally, while organisers put the figure at 2000.

The Save Hillside campaign was launched in response to a proposal from KiwiRail last month to cut 70 jobs from its nationwide rail manufacturing and maintenance operation, with Hillside scheduled to be the hardest hit, losing up to 40 jobs.

KiwiRail bosses are about to begin their final deliberations to decide which Hillside jobs are likely to go, after a consultation period with the employees and union delegates closed on Friday.