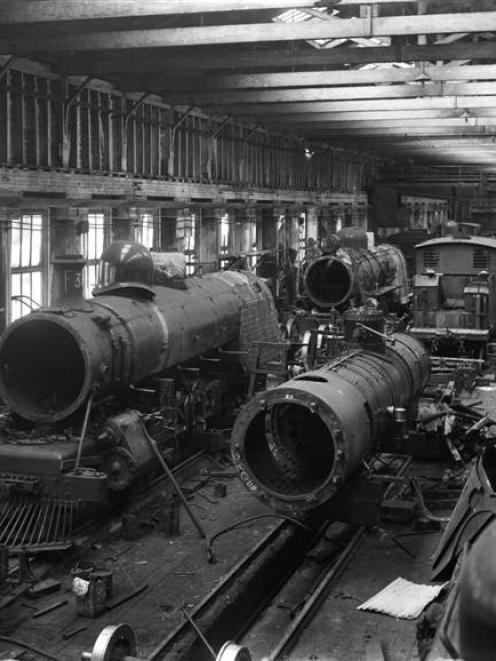 The erecting shop at Hillside in October 1925, with a variety of locomotives under construction. Photo from <i>ODT</i> Files.
Retired engineer Lex Smith (83) intends to be front and centre in the rank and file of campaigners at the Save Hillside public rally in the Octagon today.

Mr Smith said he was one of many Dunedin workers, who had got their first break in the engineering industry, at the Hillside Workshops.

He served his apprenticeship as a fitter at the South Dunedin engineering outfit, before he started work as a welder and got his first taste of being part of a trade union. 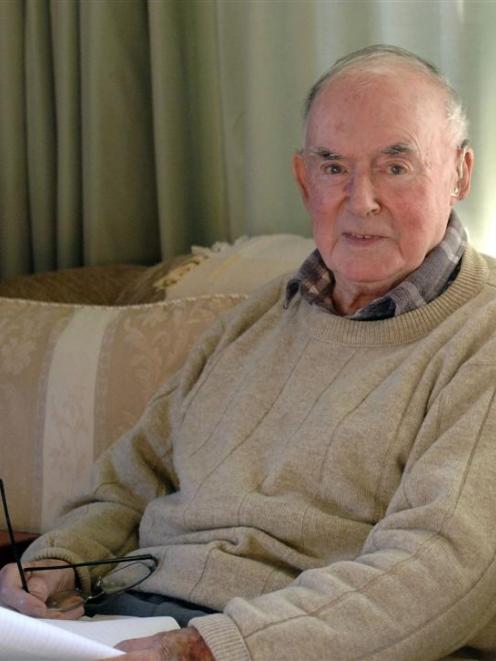 Save Hillside campaigner Lex Smith (83) is an advocate of the South Dunedin workshops, where he learned his engineering skills during an apprenticeship in the 1940s. Photo by Linda Robertson.
Hillside was one of the "biggest and best" training grounds for engineers in New Zealand, he said.

It was these skills and the training opportunities for future generations of workers which would be put at risk by the continued outsourcing of rail manufacturing contracts to overseas suppliers, Mr Smith said.

"There is far more to it [this issue] then the loss of just 40 jobs," Mr Smith spent 11 years at Hillside, before he secured employment as a chief engineer with a variety of organisations around the lower South Island. 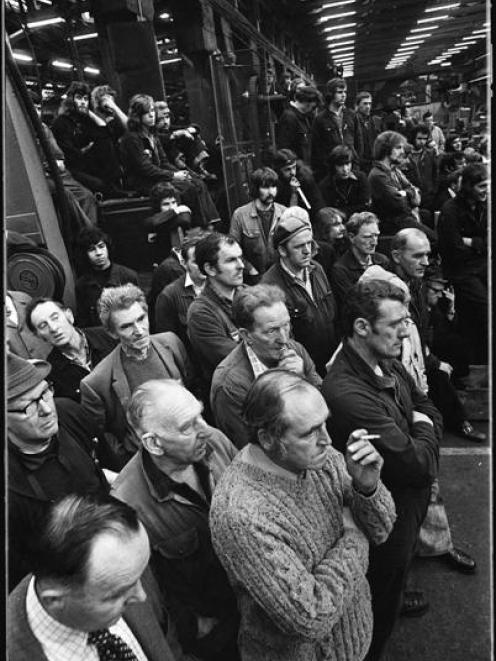 A meeting of Hillside workers in 1974. Photo from <i>ODT</i> Files.
He was in charge of engineering details at hospital boards, freezing works and Lincoln University, before he finished his career with the New Zealand Coal Research Association.

Working at Hillside was about more than just a job, he said. "It was like being part of a family. Everyone looked out for one another."

When he started work at Hillside in 1941 the outfit had 1200 employees, although 11 years later when he moved into his first chief engineer's role, the workforce had dropped to 900.

Mr Smith recounted his experiences to a packed crowd at the Cargill Enterprises Hall, last month, when a first public meeting was called to help launch the Save Hillside Jobs campaigns. If the chance arises at today's rally, Mr Smith said he would speak up again.

"I'm always willing to stick my hand up to rally the troops," the former Hillside union delegate said.

While he acknowledged much of the campaign in support of Hillside was "preaching to the converted," the challenge lay in convincing "ordinary New Zealanders there is so much more at stake than just workers losing their jobs".