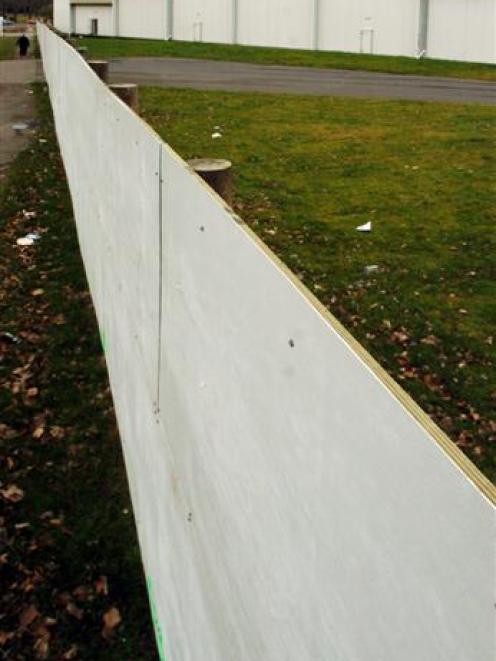 Dunedin City Council staff and members of Keep Dunedin Beautiful are seeking resource consent for the project, which is yet to be approved.

The idea would see individual fence panels - from the Water of Leith to Leander St - used as the canvas for a series of colourful murals.

Keep Dunedin Beautiful co-ordinator Darlene Thomson said schools, community groups and individuals would be invited to apply for space to paint on the fence. The murals would be separated by panels showing information about the project, and required safety notices, but aimed to turn the eyesore into an "art wall", she said.

"It won't be one mural. It will be loads and loads of murals done by different groups.

"People respect that [art], so it won't be graffitied. Let them paint to their hearts' content," she said.

Potential artists would have to submit their ideas to Keep Dunedin Beautiful for approval, and comply with set rules, she said.

"It has to be art work and it has to be non-offensive. There can't be any words on it at all.

"The idea is it should be a thing of beauty, rather than this ugly white fence," Mrs Thomson said.

Council resource consents manager Alan Worthington confirmed an application was being considered by a council planner with input from an urban designer.

It was likely to be processed on a non-notified basis, with a decision released next month, once the New Zealand Transport Agency - responsible for the nearby State Highway 88 - had been consulted, he said.