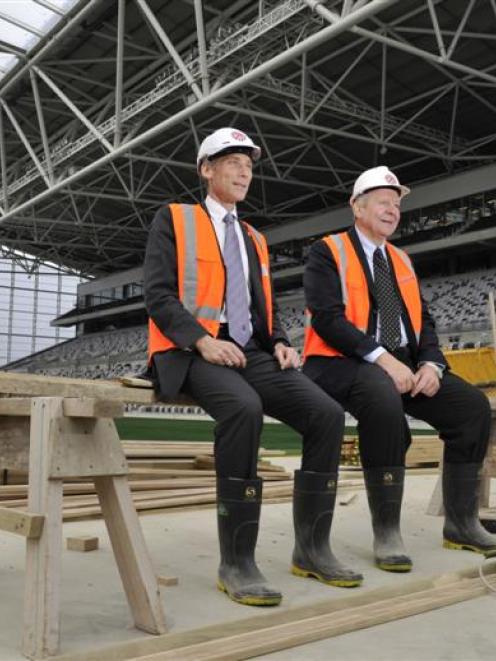 Mr Miller, along with IRB deputy chairman Bill Beaumont, toured the new facility yesterday, 100 days out from the first Rugby World Cup game, between England and Argentina, at the venue.

Mr Miller said construction of the stadium had shown huge progress since he was last there, just before the turf was laid.

"It's fantastic. The grass looks great and the structure looks good. Teams are really going to enjoy playing on it," he said.

"Just seeing the sight lines for everyone ... everyone has a great view, and it's really close to the action. Fans are going to love it and not having to worry about the rain is an added bonus."

Organisers were lucky such a stadium had been built in the South Island and games could be transferred south from the Christchurch stadium after the February 22 earthquake damage.

With just over three months until the tournament kicks off, Miller said there were no clouds on the horizon and he was happy with the organisation of the event.

"There are a lot of people who still do not realise what it is going to be like. People ... have memories of 1987, but it is a totally different thing. It is the biggest event New Zealand has ever had and is likely to ever have."

Beaumont, a former British Lions captain, said progress at the stadium since his last visit in February was amazing.

It was a top-class venue.