Lime central: keeping the show on the road

By Tim Miller
1 Comment
In the nearly three months Lime has been offering its e-scooter service in Dunedin it has been both extremely popular and exceptionally controversial. Reporter Tim Miller went behind the doors of the company's Dunedin base to observe how the company runs.

Day and night, seven days a week, Lime's Anzac Ave headquarters are a hive of activity.

Before being dispatched on to the city's streets for users to commute to work, or take short trips to the supermarket or an apprehensive joyride, all 600 of the company's e-scooters pass through the warehouse.

Issues such as broken displays or worn-out wheels are dealt to by a team of mechanics, while operational specialists collect and drop off the e-scooters throughout the day. 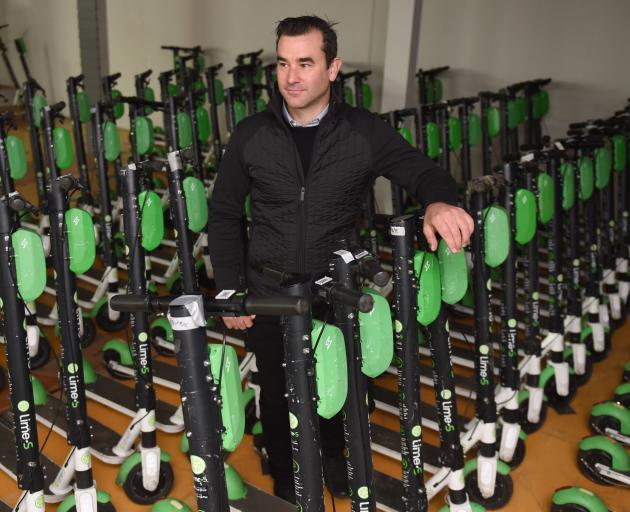 Lime's Dunedin operations manager Andrew Ellis says safety is the number one priority for the company which now has up to 600 e-scooters available in the city at any one time. PHOTOS: GREGOR RICHARDSON

Dunedin operations manager Andrew Ellis says the company now employs about 20 staff in Dunedin, most full time, as well as about 100 juicers (independent contractors) who collect and charge scooters for a fee.

Each week every scooter goes through a 10-step checklist before it is allowed back on the streets, Mr Ellis says.

"Safety is No 1 for us and every single time we touch a scooter we check its brakes ... It's not our business model to have faulty brakes."

A sudden braking resulted in the company voluntarily recalling the e-scooters from the city last month and agreeing to set of safety conditions with the Dunedin City Council.

"It's been a really great collaborative relationship. They're [the council] are really open to new modes of transport and I do think the stuff we do fits in with their new plans for the city."

A survey conducted by the council earlier this year found 57% of respondents were supportive of e-scooter use in Dunedin, while 16% were neutral and 28% were unsupportive. 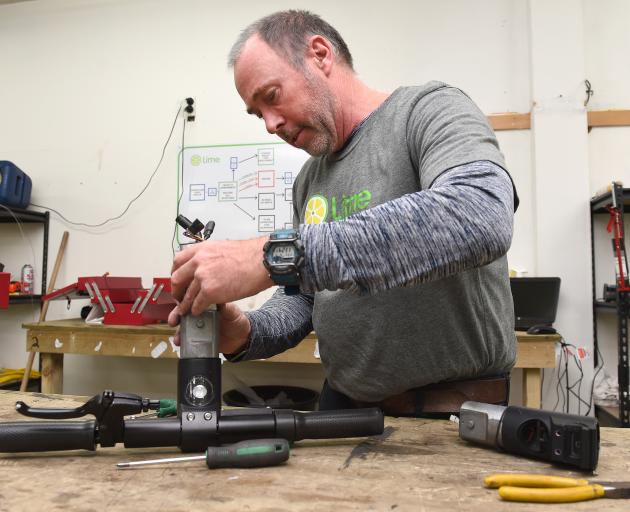 Every day Lime operations shift leader Paul Tyler and his team of mechanics repair and refurbish dozens of e-scooters at the company's headquarters in Anzac Ave.
Councillors have also expressed concern at the lack of tools available to regulate the e-scooters, particularly on the city's busy footpaths.

The majority of e-scooter riders did not want to be on the footpath but it was the fear of cars and other large vehicles which pushed them off the road, Ms Mentjox said.

"I think we really need to turn the story around and look at cars and the way people drive and if we start focusing on that we will start to see a lot more progress in that area."

Ultimately, rider behaviour was up to each individual but Lime would be increasing its focus on rider responsibility both through its app and on the streets, she said.

"Safety is our top priority and we are always encouraging safe riding behaviour and we don't want anyone to feel unsafe, including our riders.

"Safety is our top priority and we are always encouraging safe riding behaviour and we don't want anyone to feel unsafe, including our riders." They must be joking! how can they possibly expect anyone to swallow this after they have been caught putting machines with known problems out for their clients. If that's how much regard they have for paying customers then non customers can expect nothing from them as regards their safety.