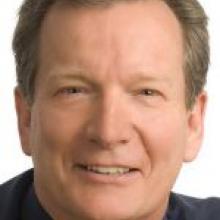 Roger Willett
The head of the University of Otago accountancy and business law department has described as a "misconception" allegations by stadium opponents of misleading accountancy practices by the Carisbrook Stadium Trust.

The allegations relate to whether money from selling seating packages can properly be described as capital.

Stadium opponents say they should instead be described as revenue, one of the arguments raised at Stop the Stadium's March 29 meeting at the Dunedin Town Hall.

Another allegation is that the trust has counted revenue twice in its accounts.

The argument about capital was put to Dunedin Mayor Peter Chin by the Otago Daily Times following the meeting, and he responded it was not correct.

For a second opinion, the same question was put to University of Otago Accountancy and Business Law Department head Prof Roger Willett.

Prof Willett replied: "I cannot comment on the detailed content of the debate, given the information available to me, and will therefore restrict my comments to the issue of the distinction between revenue and capital, and whether it appears that revenues are somehow being counted twice.

"This is a misconception. It arises from a common confusion over the difference between accounting 'revenues' and cash flows.

"These are not the same.

"Revenues are recorded in financial statements only when they are 'earned'. If monies are received in advance of being earned by the Dunedin City Council or the prospective stadium company, they will be treated as 'deferred revenues'. Deferred revenues would normally be shown as a liability in their balance sheets.

"When the stadium seating allocations are eventually used, the relevant amounts already received are transferred from the deferred revenue liability account [in the balance sheet] to the revenue account [in the income statement] thus recognising the 'revenue' in profit.

1. It does not appear that revenues are being counted twice;

2. Monies associated with deferred revenues can be used to finance capital (i.e. long-term) expenditure; but,

3. It should be made clear that deferred revenues (monies received in advance for the seating packages) are a liability until the seating allocations are used by the customers.

"Interpreting revenues as 'deferred' in instances like this is standard practice, as is showing the relevant amount in the balance sheet as a liability.

Obviously, the revenues are recognised only once as income, when the seating packages are used.

"Doing anything else would not be in accordance with generally accepted accounting principles.

"I must say that the loose terminology relating to words like `capital' have not made it easy for me to decipher the questions and answers in the article.

I thought at first that capital referred to 'liabilities plus equity' but now I see that it probably refers to 'capital expenditure', i.e. long-term expenditure."

• Prof Roger Willett is a past president of the Accounting and Finance Association of Australia and New Zealand.

• He has published articles and books on statistical aspects of accounting measurement, international accounting, management accounting and auditing.

• He is working on projects relating to the theory of accounting measurement, economic models and asset return, risk and valuation measurement in organisations and markets.

• He has held positions at Queensland University of Technology, Australian National University and the Universities of Wales and Aberdeen, and is a member of the Institute of Chartered Accountants in England and Wales.