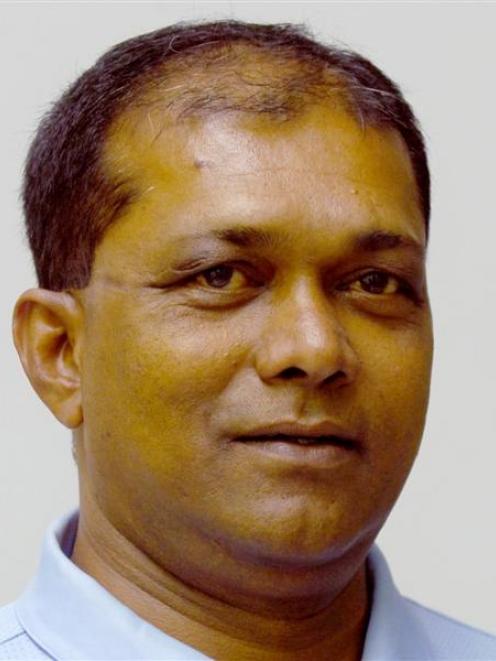 Otago Museum chief executive Shimrath Paul
Claims of "bullying" have been levelled at Otago Museum managers, a group of disgruntled ex-staff having banded together to lobby for change.

A former staff member has created a Facebook page called "I survived the Otago Museum", allowing other former staff to air grievances about the museum and its management.

The page contained a stream of comments criticising the organisation's management.

Yesterday, the museum's chief executive, Shimrath Paul, told the Otago Daily Times in an emailed statement that while he was aware of the ex-employees' activities, the forums they chose "aren't the place for the museum to engage on issues raised by ex-staff [whether real or perceived]".

The museum had "addressed its own shortfalls in performance" in the past 20 years, and efforts were continuing, he said.

"Issues raised that the organisation needs to own and change have been addressed."

However, it appeared former staff dissatisfied with their time at the museum were attempting to discredit the organisation, and those views "belong with them as individuals", he said.

The museum's managers also came in for criticism in a survey of 51 former staff, conducted by another former staff member, which was linked to from the Facebook page.

Many of the anonymous survey responses referred to long hours and low pay and alleged there was a "bullying management culture" at the museum.

Others took aim at the pay received by senior managers, while others were left on dramatically lower incomes.

The man behind the survey, who would not be named for fear of repercussions, said the idea for the survey "came out of frustration" after "hellish" treatment prompted him to resign his position in 2010.

The survey was completed during the middle of last year and sent to members of the museum board, and the man behind it said he hoped it would tell "the other side of the story".

Mr Paul pointed to an anonymous and independent survey of employees commissioned by the museum last year, which garnered "very positive" responses from staff, although concerns about pay remained.

"Reasonably, it would not be possible to achieve all of this if the picture painted through the opinions of these ex-staff were indeed the case."

It was not the first time claims of bullying have emerged: former staff in 2009 described an "unhealthy management culture", "intimidating behaviour by senior managers" and "disrespect and bullying".

The latest claims came after it was confirmed last month Mr Paul's salary package was worth $310,793 in the year to last March - higher than that received by the head of Te Papa - which raised the eyebrows of some Dunedin city councillors and ex-staff.

Cr Bill Acklin, chairman of the community development committee, to which Mr Paul reports regularly, said when contacted yesterday he had only heard "hearsay" claims of bullying, but would be concerned if they were true.

The museum received almost half its annual funding from the Dunedin City Council, totalling $3.77 million in 2011-12 and about $30 million since 2003.

Otago Museum Trust Board acting chairwoman Kate Wilson, also a city councillor, declined to comment when asked if she was acting on the survey's bullying claims, saying they were based on "unknown and unvalidated comments".