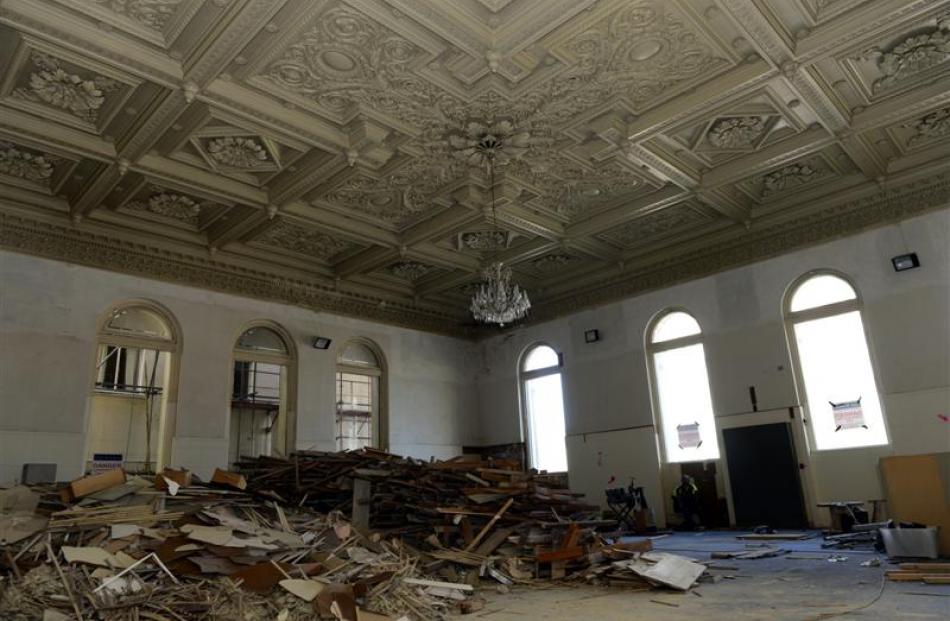 The bank chamber of the 130-year-old former Bank of New Zealand building, in Princes St, Dunedin, which will be renovated and its heritage features maintained. Photos by Peter McIntosh. 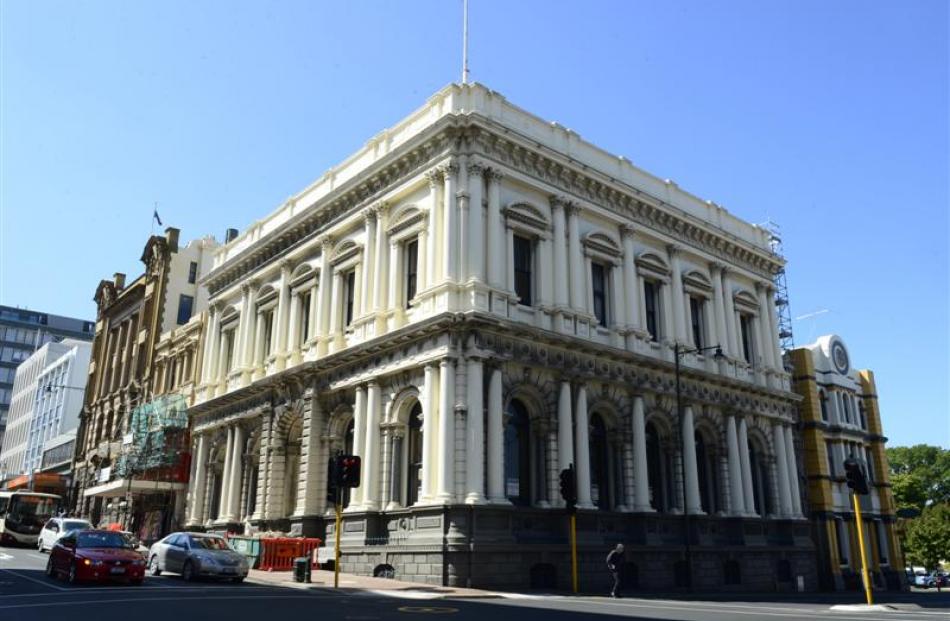 An external view of the building.

A grand old dame of the Dunedin streetscape is being brought back to life by a Dunedin law firm.

The historic Bank of New Zealand Building at the corner of Rattray and Princes Sts, in the Exchange, will, come June, be home to commercial law firm Van Aart Sycamore Lawyers, after the company bought the building and is having it renovated.

Firm directors Michael Van Aart and Tony Sycamore said they were looking for permanent premises and the building's location, natural light and character had appealed.

Mr Sycamore said he expected the building would be ''a really nice place to work''.

The location was also great. Buildings around the Exchange area were filling up with commercial tenants, in what was historically the commercial heart of Dunedin.

The company was strengthening the building from 67% of code to 100%, and installing full fire sprinkler systems throughout, as well as renovating and fitting out new offices, while retaining the heritage features of the building preserved by previous owner Ted Daniels, he said.

''It's quite cool for a building that didn't have a use for such a long time.''

The work included painting the outside of the building, securing parapets and installing a replica of an original external door long since removed.

''Basically, we're making it relevant for another 50 years plus.''

The company's 14 staff would be based on the first floor, and once they had moved in the firm hoped to find tenants for the other three floors.

The bank chamber would be tidied up and left vacant in the meantime, separated from the entrance and lifts by a glass wall.

''It's just a neat old building. We are looking forward to being in here.''

Mr van Aart said it was great to be involved in bringing back to life what had been a dead corner for more than 10 years.

The company was working closely with the Dunedin City Council and the New Zealand Historic Places Trust on the refurbishment.