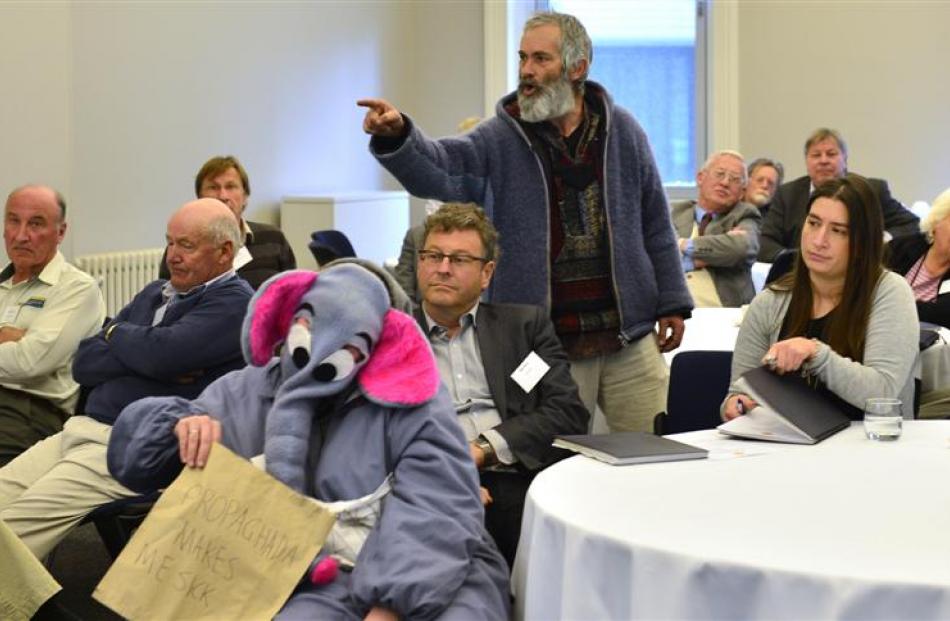 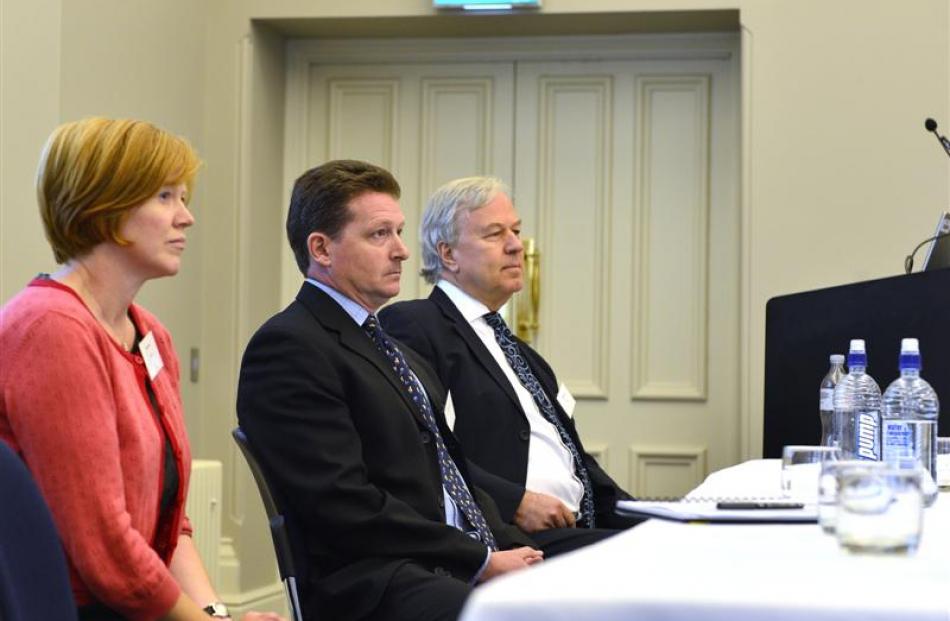 Protesters opposed to oil-exploration yesterday caused a meeting between Shell and mainly business groups in Dunedin to be abandoned.

Shell called a halt about noon, halfway through the scheduled two-hour meeting.

Up to six uninvited protesters had joined the meeting with Shell's consent, but kept interrupting proceedings.

The meeting was hosted in its chambers by the Dunedin City Council. Initially, two police officers were at the meeting but within an hour 10 were present. No arrests were made.

More than 30 protesters joined the Oil Free Otago group outside the chambers, while fewer than 30 guests of Shell, including councillors, Port Otago, University of Otago and Department of Conservation staff, attended the meeting.

The public was excluded. Media were allowed to photograph the meeting, but not report on what was said.

One Oil Free member was dressed in an elephant suit, to demonstrate the ''elephant in the room'' - Shell's global safety record.

Shell New Zealand exploration venture manager Roland Spuij said after the meeting he was ''disappointed'' the protesters forced the closure of the meeting, but he had briefed guests on technical and environmental updates before calling the meeting off.

''We were at the point of answering questions [raised at a December briefing], but kept getting interrupted.''

One guest said the interruptions rendered the briefing ''a total waste of time'' and another said it was a ''lost opportunity'' for businesses to pose questions directly to Shell.

Oil Free spokeswoman Rosemary Penwarden highlighted to protesters a litany of environmental mishaps around the world, citing more than 800 oil rig fires, 1300 accidents and 69 deaths around the Gulf of Mexico, and almost 500 ''blow-outs'' and subsequent pollution in the North Sea oilfield.

''We are going to continue. Stupid authoritarian laws are not going to stop us,'' she said.

''Nothing they [Shell] can say can convince me that anything they do will be good for my grandson.''

Des Adamson, of the council's economic development unit, said the protesters were given leave to ask questions, but instead they had ''acted childishly'' by ''continually interrupting''.

''From an economic point of view, we would do this to welcome any company that was considering coming to the city,'' Mr Adamson said.