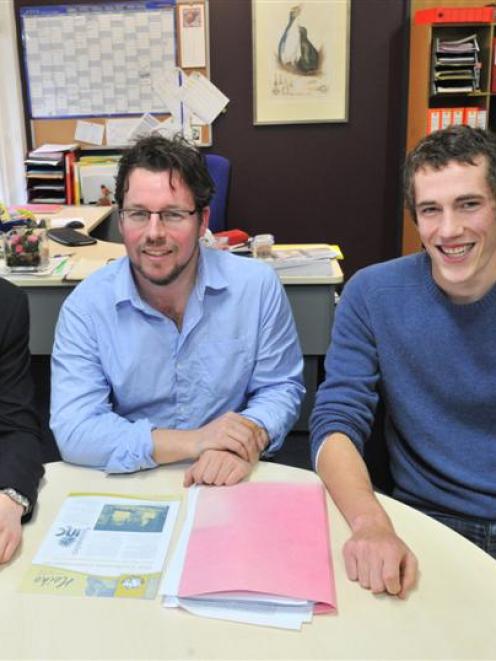 The trust has created two ''Emerging Leaders'' positions for people aged 18-25. After a selection process, University of Otago students Jesse James (23) and Luke Gardener (23) were appointed to the spots, which run for one year.

General manager Sue Murray said the trust was looking for a ''younger voice'' around the table and the different perspective younger people could bring.

The two students had a passionate interest and different skills to contribute, she said.

Mr Gardener, a politics student, said his involvement in the university's tramping club had created a passion for conservation.

''It's depressing that so many of our native species are in decline.''

Mr James, a master of business student, said he did not know the trust existed until the Emerging Leaders opportunity came up, but he had since done a lot of research.

''I hope to bring my business skills to raise the profile of the trust and help with funding.''

The trust had also approached former Radio New Zealand Wellington economics correspondent Nigel Stirling to join the board after hearing of his move back to the family farm at Lovells Flat, South Otago. He said the approach was an honour and he hoped to use his media background to lift the trust's profile nationally among the wider public.

Mrs Murray said the board now had 13 members, which helped lighten the load.