Purchase could be costliest ever; gallery refuses to say 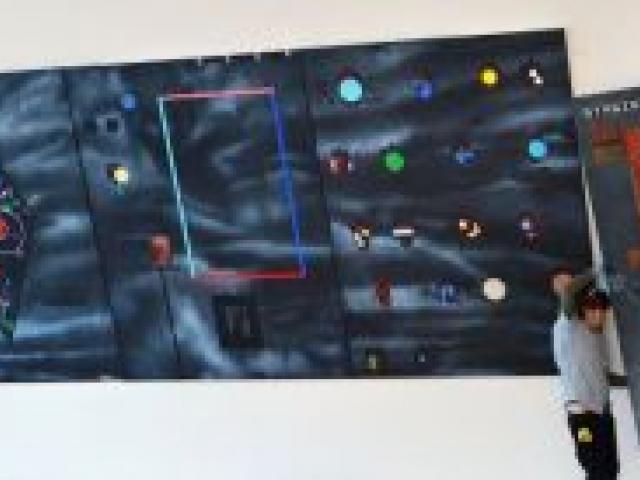 The galleries are the first owners of the 2m-high, 9m-wide acrylic-on-linen artworks.

An Official Information Act request to the council on the price paid for the artwork was declined.

The insurer was unwilling to make an exception, she said.

The council needed to balance its duty to protect its assets with its obligation to explain how public funds were spent.

"In this case we are prioritising the protection of our assets on the advice of our insurer.''

The Christchurch City Council also declined an OIA request on its share, saying it was unable to release the information because it could harm Cotton's commercial position, and the council's ability to carry out commercial activities.

The price of council-owned artwork should be publicly available.

"It's public money, it's been paid for by the citizens of Dunedin, it's their property and they have a right to know what they paid for it.''

DPAG director Cam McCracken said revealing the price would compromise the safety of the artwork and the insurance clause was designed to mitigate the risk.

To buy the work a "substantial'' amount of money was given by the DPAG Society.

The society supports the gallery by raising money, including through bequests, to buy art.

Mr McCracken would not disclose the percentages of the purchase price paid by the society and by ratepayers.

The work was the most expensive work the gallery had bought since he became director about three years ago.

He was unsure if it was the most expensive purchase in the gallery's history.

The artwork was stored in Dunedin and it would be displayed this year, he said. Cotton could not be contacted for comment.

● Another OIA request to the Dunedin City Council on art costs was declined.

"The sum forms part of the poet's remuneration and is therefore personal information,'' the council said.

"We have undertaken an evaluation under the Privacy Act of the commission paid to the artist and have formed the view that privacy interests outweigh the public interest in releasing this information. Therefore your request is declined as it is withheld on privacy grounds.''