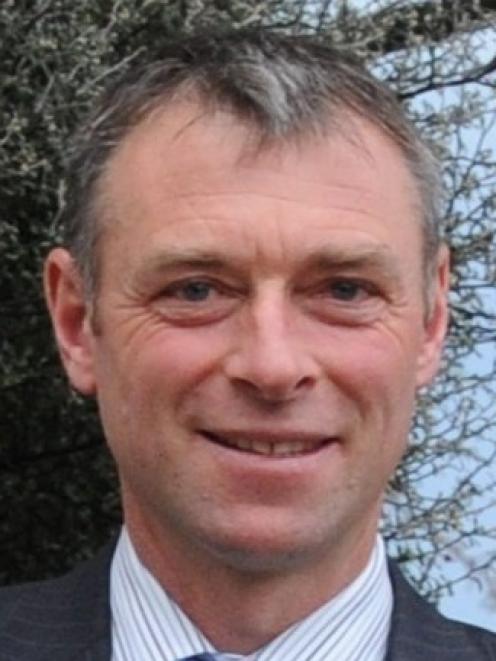 The documents show AgResearch's change management team (CMT) recommended some ''animal productivity'' scientists be shifted from the AgResearch campus at Ruakura, near Hamilton, to Invermay, rather than to Lincoln, as proposed in the organisation's ''future footprint'' restructuring plan.

AgResearch ignored the recommendations, instead choosing to stick with the ''core'' of its ''future footprint'' proposal, which meant slashing about 82 jobs from Invermay and shifting animal productivity scientists to Lincoln.

The CMT, as reported in the Otago Daily Times on Saturday, recommended key parts of Invermay be retained.

That the CMT, appointed to consider the 245 staff submissions, had recommended more scientists for Invermay became apparent after an additional document detailing numbers of staff employed in each area of AgResearch was leaked.

Dunedin Mayor Dave Cull said the revelations strengthened the call from the region's councils for Invermay to be expanded.

''We came to the same conclusions as the change management team ... that rather than take away from Invermay, in fact it had the potential to be enhanced,'' Mr Cull said.

He also questioned the process and motivations of the executive team.

''I think the board of AgResearch has to answer to the whole primary sector, and to this region [and] Government, as to why they are going ahead with something that has been shown by their own people to be highly risky and not likely to achieve the results that they claim.''

Otago Regional Council chairman Stephen Woodhead was ''pleasantly surprised'' the CMT report backed up the argument the council had been making.

''It also questions the need for investing all of the hundred million in new facilities,'' Mr Woodhead said.

The CMT report recommended four reproductive and developmental biology staff and ''most'' of the 22 reproductive technologies staff based at Ruakura shift to Invermay - both recommendations subject to there first being adequate access to cow ovaries needed in research.

It also recommended animal genomics scientists be based at Invermay, possibly involving staff shifting from Ruakura.

Most animal genomics staff are already based at Invermay, but AgResearch also plans to shift that team to Lincoln.

The CMT agreed on the ''guiding principal'' of bringing all animal productivity science together, unless there was a strong reason not to do so, but felt Invermay, not Lincoln, was the most suitable campus for the hub.

''Invermay is also considered a preferred location from a practical and future cost-benefit perspective due to it being closer to many science and farmers collaborators,'' the report said.

In contrast, the lack of investment in animal sciences at Lincoln University meant having an animal productivity hub there was ''not judged to be beneficial to AgResearch''.

AgResearch chief executive Dr Tom Richardson was unable to comment yesterday because he was travelling, but in one of the leaked documents its executive team justified why it went against the CMT's Invermay recommendation.

Having a hub at Lincoln created the ''opportunity for an integrated approach (through the value-chain) to on-farm science challenges, providing a greater premium than being co-located at Invermay''.

''This premium outweighs the various counter arguments to either retain the current distribution of staff or move these teams/capabilities to Invermay,'' the executive team said.

AgResearch chief executive Dr Tom Richardson previously issued a statement defending the process by which it had come to a decision.

The CMT report provided the views of staff, many of whom could be affected by the changes, but had been ''carefully'' considered and changes made ''where we considered it appropriate'', he said.