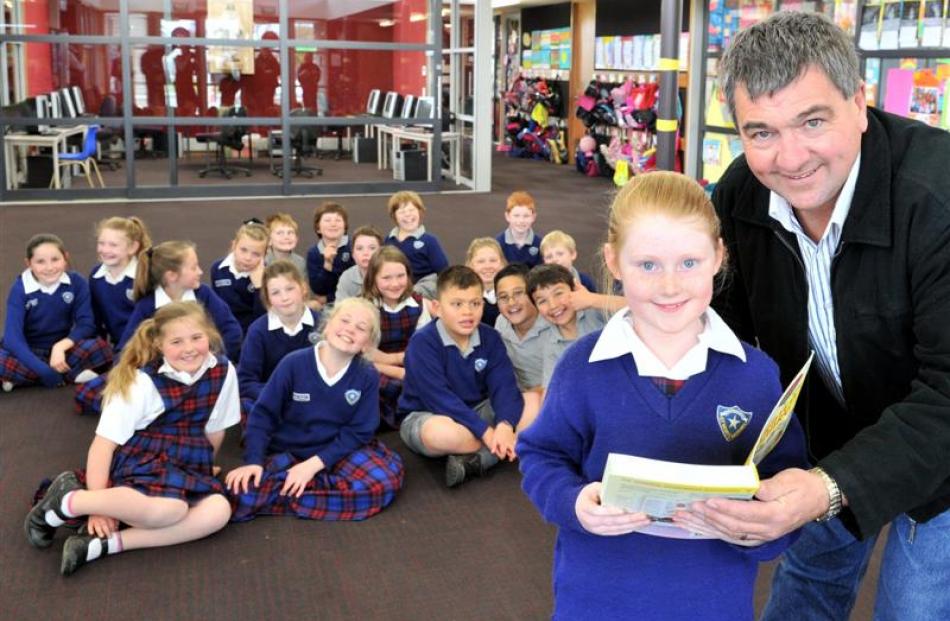 Mosgiel school pupils have been getting their words' worth this week.

More than 200 eight and nine-year-olds are being given a dictionary this week as part of a Mosgiel Rotary project.

''It's a project that has happened in other parts of the country, but it's never been done here before,'' Mosgiel Rotary president John Seddon said on Monday.

''There is a lot of emphasis on computers these days, but a lot of kids have never had a book of their own.''

Mosgiel Rotary members raised $2300 to give a dictionary to each of the 230 year 4 pupils in the greater Taieri area and began distributing the reference books at St Mary's School on Monday.

''We want to make it possible for every person to read and write. It opens so many doors in life,'' Mosgiel Rotary member and youth and vocation committee chairman Mike Lord said.

''We hope it becomes an ongoing annual project.''

''You've only got to look at their faces. They're all grinning from ear to ear,'' he said.

''It's a brilliant idea and it can only enhance their general knowledge and learning.''