Rugby fans would not be put off: writer 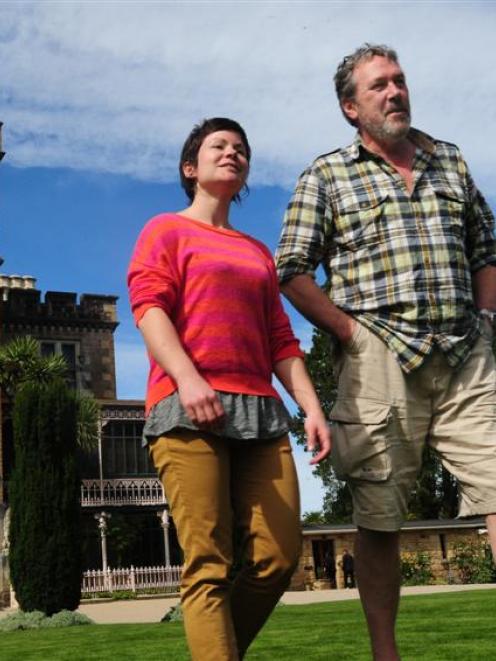 British writers Rachel Dixon and Tim Bentinck stroll at Larnach Castle, in Dunedin. Photo by Craig Baxter.
The Christchurch earthquake is likely to have little effect on Rugby World Cup tourism but the games must be shifted from the shattered city, actor and travel writer Tim Bentinck says.

Mr Bentinck, who is writing for the Mail on Sunday, and Guardian travel journalist Rachel Dixon, are in Dunedin for four days because a visit to Christchurch had to be cancelled.

Writers for The Times, The Independent, and the Sunday Express were also diverted to Dunedin on Wednesday, for a one-night stay, because of the quake.

Mr Bentinck, who plays David Archer in the long-running BBC radio soap The Archers, said most of those coming were rugby fans who had planned their trip for years and the quake would not put them off.

"There will be people who say 'Oh my God, it's an earthquake zone', but you'd have to be very stupid to get that impression."

New Zealand had the world's support in its time of need and one of the best things people could do was visit and give the country a boost.

Ms Dixon was impressed by Dunedin's "relaxed" yet vibrant feel, which was aided by the bustling activity of the University of Otago.

Mr Bentinck was "gob-smacked" by the pair's Otago Peninsula visit yesterday which included Larnach Castle and a harbour cruise.

On Wednesday the pair visited the Forsyth Barr Stadium and had a guided heritage tour.

Mr Bentinck, who is staying in New Zealand for a week, was angling his article for "rugby wives", highlighting the country's many other attractions and pursuits.