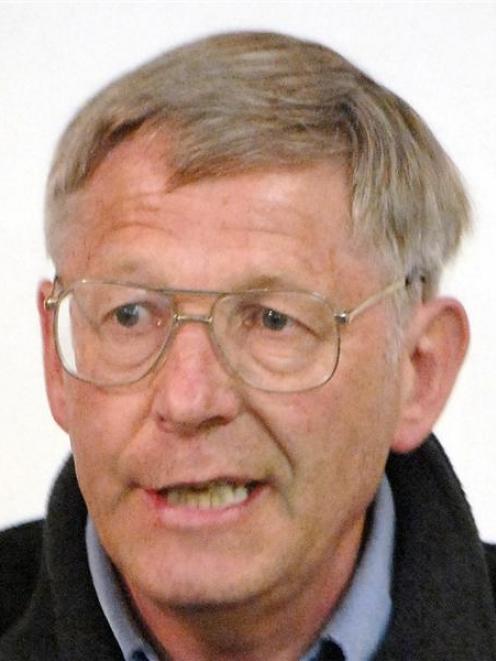 Lyndon Weggery
A parent of five former College Street School pupils has accused the school's principal of railroading parents into supporting the merger of their school, rather than providing "a democratic process of collaborative consultation".

Lyndon Weggery said he attended a public meeting at College Street School on Monday night to discuss Education Minister Anne Tolley's announcement there might be a restructuring of six South Dunedin schools.

The minister presented options for dealing with the increasing number of empty classrooms.

Mrs Tolley has called for other options to be presented by school communities by December 14.

Mr Weggery said he was concerned College Street School principal Gary Tenbeth seemed to be supportive of option one and was driving the school towards a merger, during a public meeting on Monday night.

"I came along expecting collaborative consultation, but what some of us got was the impression that option one was the preferred option.

"It seemed to be a done deal and we were pushed to make the best of it and all come together to help manage the change."

Mr Weggery said there were discussions during the meeting about how the school would relocate quickly and effectively.

There was also a discussion about hiring the Taieri Gorge train to take pupils and staff from College Street, Caversham and Calton Hill Schools on a "bonding excursion" aimed at smoothing the merger process, he said.

"The discussions were too pre-emptive.

"It appears they have this whole thing already sorted out, and they are just going through the motions of consultation."

Mr Weggery said the school was very close to his heart because he had sent his five children there.

"We appreciate what the school did for our kids.

"It's a great school, it's got quality education and I would hate to see it lost.

"His heart doesn't seem to be in saving the school."

Mr Tenbeth said much of what Mr Weggery said was true.

"We are being proactive in allowing our parents to know that we are planning to support students through a potential change process."

However, he denied the allegation he was not fighting for his school.

"We have to fight by providing option three. People of the community need to provide other viable options."

Mr Tenbeth said two alternative options had already been proposed by the school.

"We've been actively pushing for people to come up with other options.

"We have also informed parents that they can contribute their own options directly to the minister," he said.