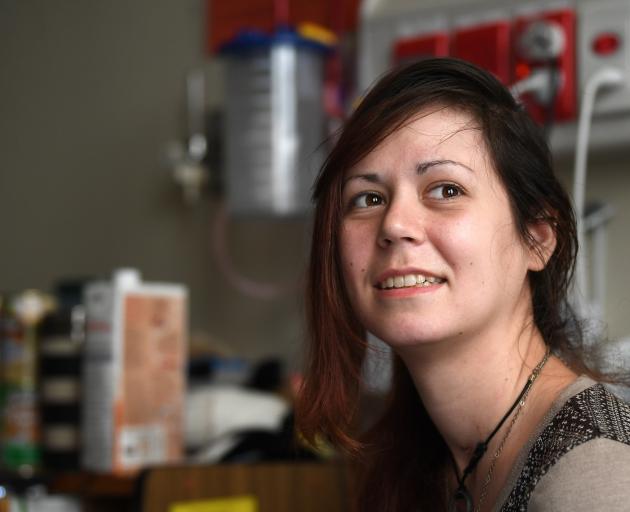 Renee Whitehouse is looking forward to being discharged from hospital following a lime scooter collision with a truck. Photo: Stephen Jaquiery
It was the worst $39.10 Renee Whitehouse has ever spent.

That was the bill she has received from Lime Scooters, in the wake of an ill-fated ride home early on January 18, when she was hit by a truck.

"I remember going to work, I remember being done with work, going to Countdown for food, and then starting to head back home, but that's it,'' Ms Whitehouse (26) told the Otago Daily Times.

"They told me I was in the ICU and that I was hit by a truck and I was like, that's weird, whatever.''

After being shunted by the truck, Ms Whitehouse suffered life-threatening head injuries.

She was rushed to nearby Dunedin Hospital, where the emergency and intensive care teams have done a remarkable job in putting her back on the road to full recovery.

Her ill-fated trip has also left her with an unwanted bill from Lime for $39.10, the cost of her near disastrous journey, which she was less than pleased about.

"I didn't know how badly I was hurt,'' Ms Whitehouse said.

"I kept trying to get up but I was told you have to keep lying down, you have tubes all over you, you can't.''

Too many people and too much loud noise can tire her out, but otherwise Ms Whitehouse has made astonishing progress.

She still has at least one more operation to go, to reattach part of her shattered skull, but has already resumed work on the Masters of Archaeology thesis she came to Dunedin from the United States to study.

She is now missing a field trip to the North Island - but for a more than acceptable reason.

"I'm just trying to live as normal as possible - but it's not really working,'' Ms Whitehouse said.

"I wrote a bit of my thesis yesterday, I've not written any today but I might manage a paragraph or something.''