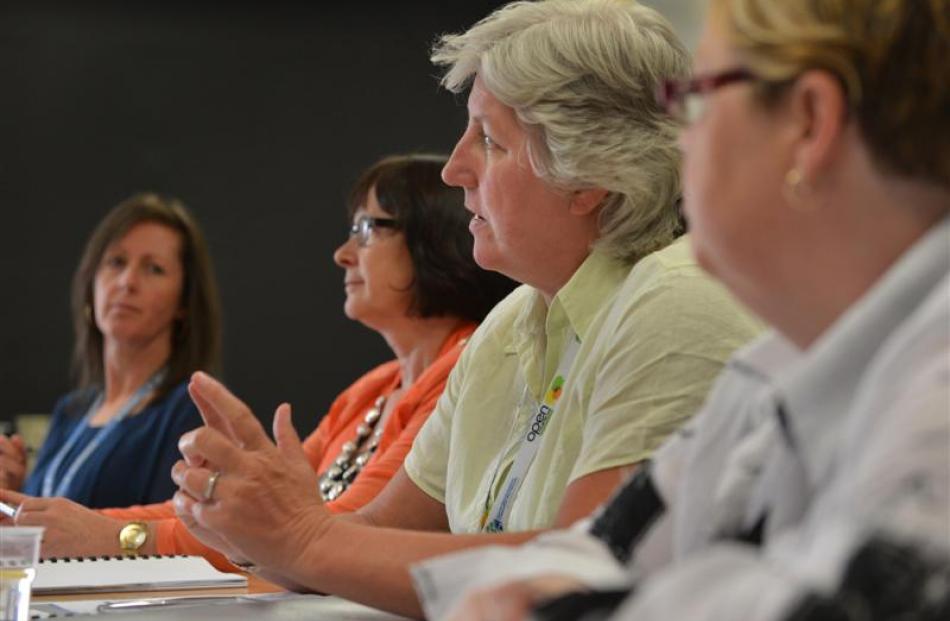 Southern District Health Board staff in Southland and Otago pitched ideas to an executive judging panel at Dunedin Hospital yesterday for a share of $25,000 cash to turn their dream of improving health services in the district to a reality.

Board chief executive Carole Heatly said the 11 finalists in the Southern Innovation Challenge - a competition modelled on the Dragons' Den television show - had ''diverse and innovative'' ideas that ranged from IT solutions, educational DVD production to providing elderly patients with whiteboards.

The winners would be announced by the end of the week after a panel deliberation, rather than like last year when the panel instantly agreed to fund a finalist at the end of their ''inspiring'' pitch.

''This time I've been told to dampen it down and hear everybody out first and then make a collective decision rather than getting too enthusiastic . . . but it's so tempting when they are so keen - you just want to do it - but I've been held back this time,'' Ms Heatly said.

To be shortlisted, a finalist needed to identify with the board's strategic priorities - ''the Southern way'' of putting the patient first.

Every presentation yesterday had a tangible benefit for patients, she said.

Last year, a winning idea was investing in video equipment so Dunstan Hospital patients in Clyde could talk to a neurologist in Dunedin by video link rather than travelling to Dunedin for personal meetings.

''It saved the patients that journey.''

Corporate services general manager Cherie Wells said the finalists this year were asking for between $2500 and $34,000.